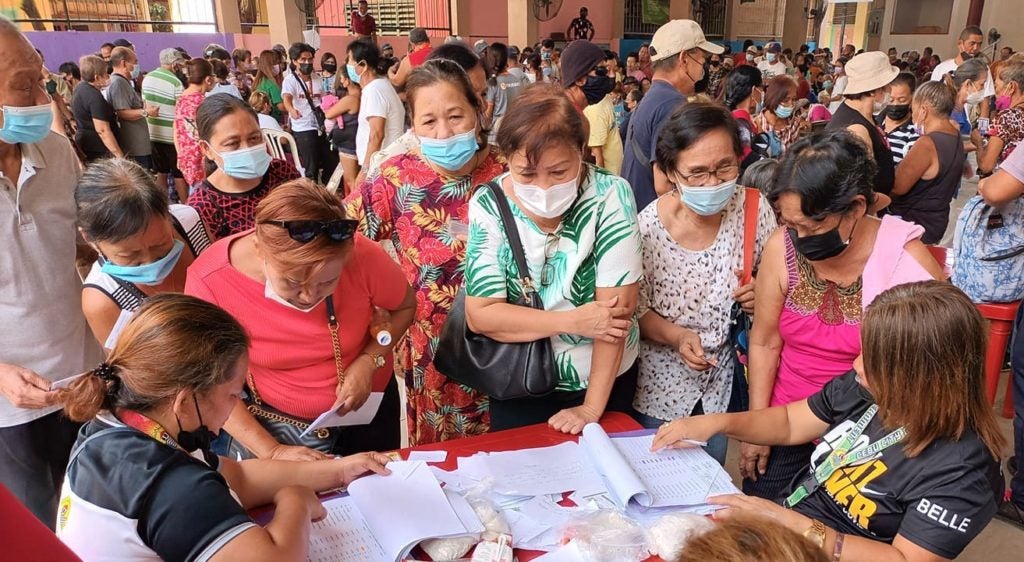 CEBU CITY, Philippines—Distribution of the financial assistance for senior citizens in Cebu City has started on Tuesday, December 21, 2021, in all 80 barangays (villages).

Cebu City mayor Michael Rama said all financial assistance will be distributed in  gymnasiums or designated public schools in every village.

The mayor wants the financial assistance released as soon as possible as this may help residents recover from the destruction of super typhoon Odette, which hit Cebu City and the rest of the Visayas last Thursday, December 16.

Each senior citizen is set to receive P3,000,  covering the months of October, November, and December.

The financial aid roll-out will be done in three days, which means it will last until December 23.

The roll-out will still follow the schedule according to vaccination status with fully vaxxed senior citizens receiving the financial assistance on Tuesday.

“If unvaccinated, they have to sign a promissory note nga they will get vaccinated,” said the mayor.

It will be impossible for the seniors to get vaccinated anytime soon as the vaccination program has been suspended until further notice.

Some senior citizens from the Barangay Guadalupe’s distribution lamented the waiting lines due to the checking of vaccination cards.

An accompanying son of a senior citizen, who requested anonymity, told CDN Digital that because there is no internet connection, the disbursers cannot immediately verify the vaxx cards through the QR code.

It took time to check each card, which caused delay.

Still, he is thankful that his parents got their financial assistance because they need the cash, especially now that bank Automated Teller Machines (ATMs) are crowded with long lines.

Rama had suspended the use of cash cards due to the vaccination requirement during the distribution.

The Office of the Senior Citizen Affairs (OSCA) has yet to release the total number of senior citizens who received their cash assistance on Tuesday as of time of writing.

There are at least 80,000 senior citizens in Cebu City.