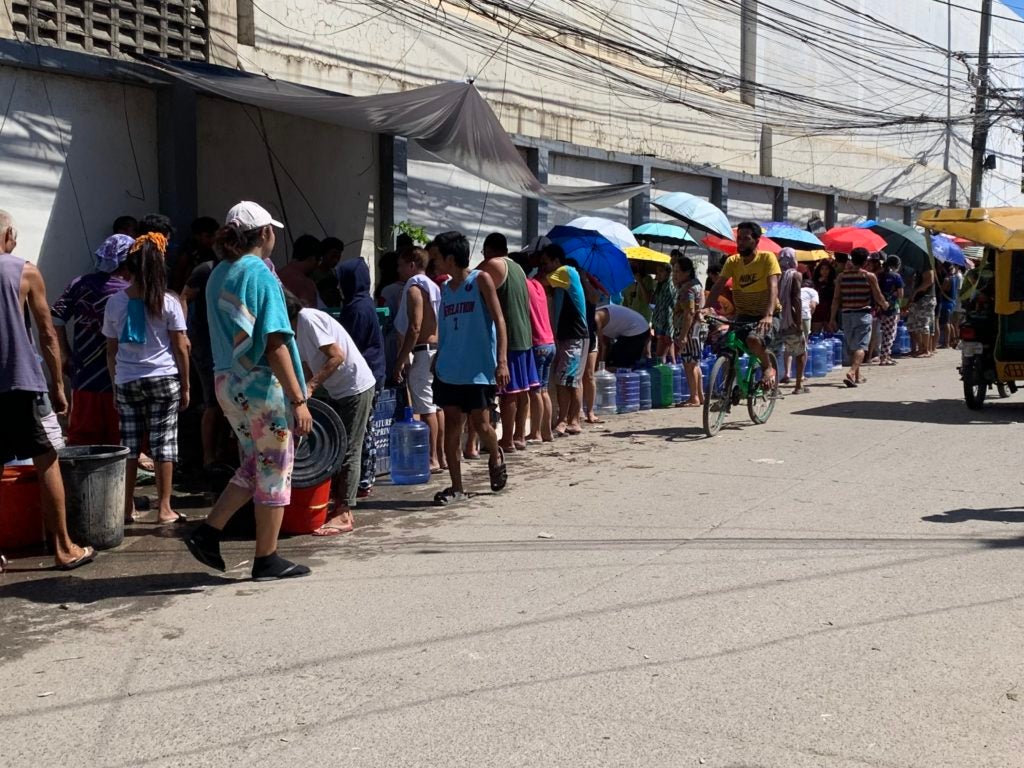 Residents line up for their chance to get clean water in Cebu. CDN Digital photo | Brian J. Ochoa

As of this writing, people are still seen lining up at water refilling stations for hours just to have access to drinking water.

Reports have reached the city government that some are selling water at unreasonably high prices, causing more struggle for the public still suffering from the effects of super typhoon Odette.

“We will issue another directive. We will have a price watch because we cannot have overpricing. That is abusing crisis,” said the mayor.

BPLO head Lawyer Jared Limquiaco said that the price ceiling for drinking water has yet to be determined.

They are waiting for the directive of the mayor to actually apprehend overpricing stations or resellers.

So far, BPLO notes reports on the ground that a gallon of water has now reached P100 or more.

Resellers have reportedly sold a gallon of water up to P1,000 each as well.

Limquiaco said definitely a price reaching P1,000 or P2,000 is too much for a gallon and this must be reported to the city government or directly to the Department of Trade and Industries (DTI).

One of the problems faced by water refilling stations is fuel supply for their generator sets.

With this, Rama said gasoline stations are urged to prioritize the supply of diesel for generator sets of water refilling stations.

Furthermore, he also urged gasoline stations to prioritize the supply of diesel for banks as well so that they can open and  serve those who need money.

The mayor said that supply of diesel must be available for essential services.