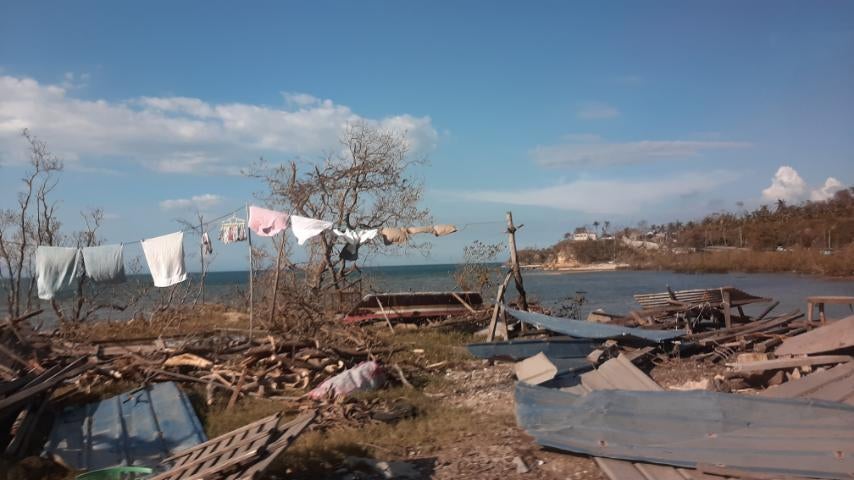 CEBU CITY, Philippines – The Cebu Provincial Government has shelled out another round of financial assistance for localities devastated by Typhoon Odette.

Gov. Gwendolyn Garcia on Sunday, December 26, announced that the Capitol will be giving a total of P14 million to 36 local government units (LGUs) that suffered significant damages during Odette’s onslaught.

Garcia made the announcement during her visit to at least 19 localities in Cebu on Sunday. She added that the cash aid will be spent primarily on construction materials to help families rebuild their typhoon-damaged homes.

“(It) would be a total of P14 million nga immediately to be used (to) purchase that (building materials) first,” said Garcia during her stop in Toledo City in midwestern Cebu.

The governor also advised mayors to prioritize relief and rebuilding efforts, and to claim insurance for their damaged infrastructures from the state’s insurance institution, Government Service Insurance System (GSIS).

“You can claim there (GSIS). But I think what we need to prioritize – mag prioritization sa ta no. Relief man ta karun. Sige ta ug hatag ug bugas. By next week, we should be focusing on rebuilding homes,” she added.

Odette made landfall in Carcar City around 9 p.m. on December 16, unleashing strong winds with speeds up to 195 kilometers per hour (kph) and gustiness reaching up to 220 kph.

As a result, trees were uprooted, and power and communication lines were knocked out.

A week after Odette hit central and southern Cebu, all major roads in the province are now accessible by vehicles. Some highways in the southern portions of the island have also been lighted back.

Odette claimed a total of 65 lives in Cebu province.

Read Next
Casimero keeps title for now, still in mix for unified ruler of bantamweight division