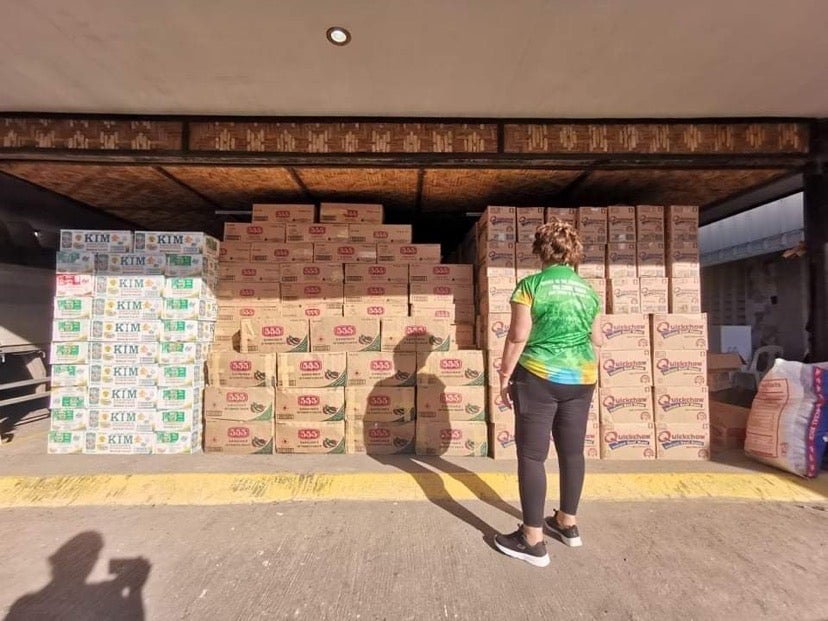 Radaza said that the funds she used to purchase the relief packs was from her own pocket and from funds from House Speaker Lord Allan Velasco, who donated P500,000 as cash assistance to Oponganons.

Radaza also deployed 2,500 volunteers from different barangays to help in the clearing of streets from fallen trees and debris caused by typhoon Odette.