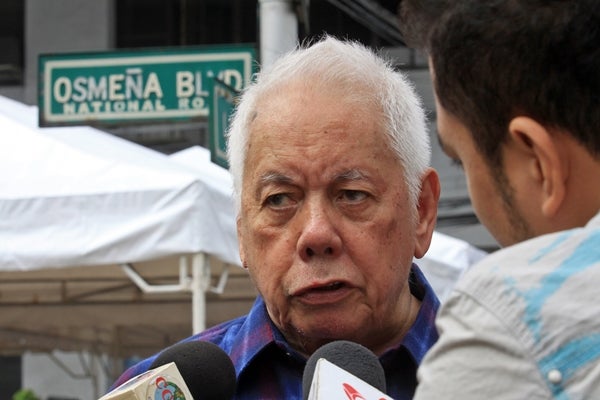 Three revenue collectors invited for questioning over the loss of cash at the Toledo City treasurer’s office were placed under the custody of the National Bureau of Investigation (NBI) last Monday evening.

Toledo City Mayor John Henry Osmeña said he wanted them to undergo a lie detector test.
All three had access to keys in the office and the vault where the cash was kept.

Osmeña said the salaries and cash benefits of the three would be suspended until they are cleared of involvement in the burglary.

“Alang alang ug imo pang pa kubrahon aron madugangan (ang ilang nakuha sa City Hall) (Why should we allow them to collect their salaries if it would only add to what they got from City Hall),” he said.

The y mayor was in Cebu City yesterday to join the commemoration of the 136th birthday of his grandfather and former Philippine president Sergio Osmeña Sr.

Not a professional job

Delilis welcomed the NBI inquiry and said the burglary wasn’t a professional job because the robbers left behind P95,000 in the vault. The cash was kept in a tray with other documents, which could explain how it was overlooked.

Mayor Osmeña said the NBI investigation has established that the robbery was an “inside job.”

However, the Toledo city mayor said they have yet to determine the actual amount of cash that was lost during the weekend.

An inventory is ongoing to determine how much of the cash placed in six bags.

Part of the cash was released to public school teachers but several teachers from the mountain barangays had not yet gone to City Hall to collect their allowances.

Pending the completion of their inventory and the NBI investigation, Osmeña said he ordered the reshuffling of Toledo city revenue officers.

He said he wants revenue collectors to adopt the habit of turning over the day’s collection to the City Treasurer’s Office regularly.

“There is supposed to be a standing regulation that they are to turn over their cash by 4 p.m. but it’s not being practiced,” he said.

Despite the burglary, Osmeña said he maintains trust and confidence in City Treasurer Ofelia Oliva and Delilis, who just assumed his post when the robbery occurred./With a report by Rene F. Alima

Read Next
Road sharing advocates kick off dialogs before Sept. 28