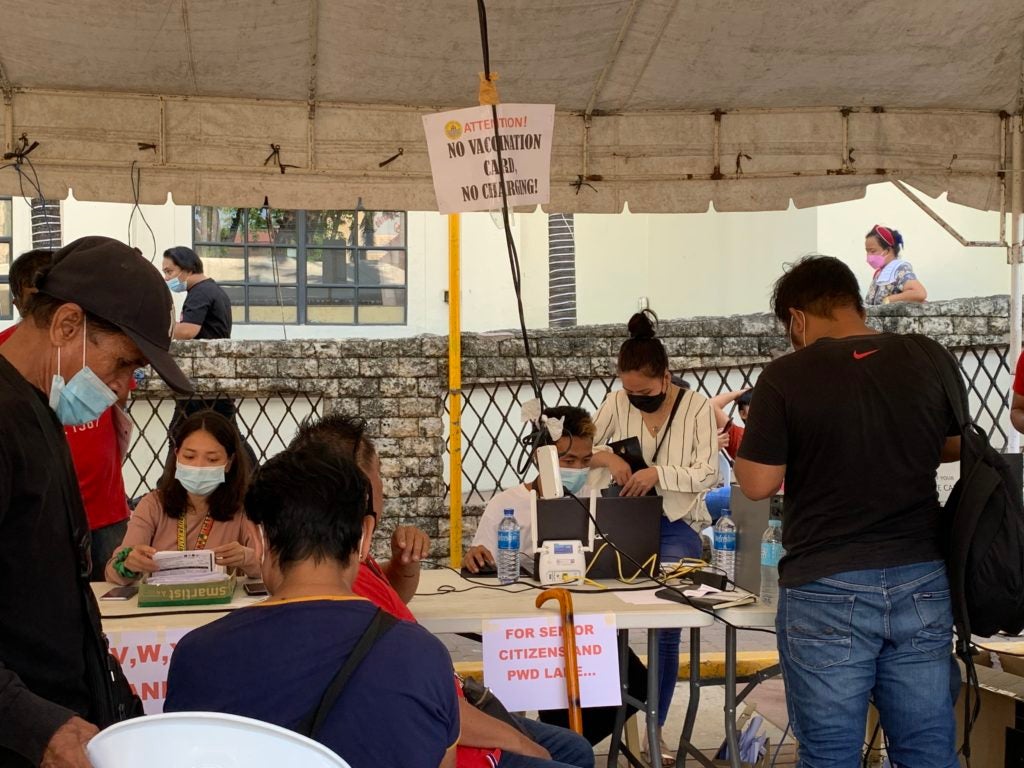 CEBU CITY, Philippines — Cebu City Mayor Michael Rama did not take well the statement of the Commission on Human Rights in Central Visayas (CHR-7) that the “no vaccination no charging” policy at the charging station at the City Hall might be illegal.

Rama said that this policy was only to provide incentives to the vaccinated as charging was not a government service, but a generous way of the City Hall to provide electricity to residents that needed charging.

“If they want, I’ll stop already having the charging station. Then, all those who want their cellphone charged, let them go to the Human Rights Office. I am serious because they are not aware of what is the situation in a charging station, it’s embracing. That’s why sometimes, they open their mouth, they don’t know what is on the ground.

“We are generous enough to have electricity to be of use to our fellow Cebuano, but we are conscious enough that we have to have firm implementation because we cannot be accused to be causing the spreading (of the virus),” said Rama.

The CHR-7 recently said they would be conducting a probe on establishments that were implementing the No Vaccination No Entry policy, if these were establishments not covered by Executive Order No. 52.

The charging station is not among the establishments required to implement the policy.

CHR-7 Director Arvin Odron said that the government should be consistent with the mandate and obligation to respect and protect human rights.

Rama noted that CHR-7 might not have seen the situation at the charging station for them to flag it as a possible human rights violation, but the city had to put public safety above all else.

No vaccine required for gov’t services

The mayor said that their vaccination was not required for essential government services including City Hall services.

“No vaccine no entry is only the general rule. It’s already profounded that for humanitarian consideration, requirements even minimum public health may even be dispensed especially if there are disasters,” said the mayor.

With this, he assured that for government services such as the distribution of aid, there was no vaccination required.

All offices in the City Hall providing social services are also not requiring vaccination cards to serve individuals.

Rama urged the Supreme Court to make a decision on the No Vaccination No Entry policy so debates on whether this policy was unconstitutional or not would be put to rest.

For him, the policy is covered under General Welfare clause on ensuring the public safety of residents, but the Supreme Court must shed light on the issue.

Only then can the arguments stop on the implementation of the policy.

Uproar over ‘no vax, no ride policy’: Maybe it’s time for gov’t to say sorry—Bello