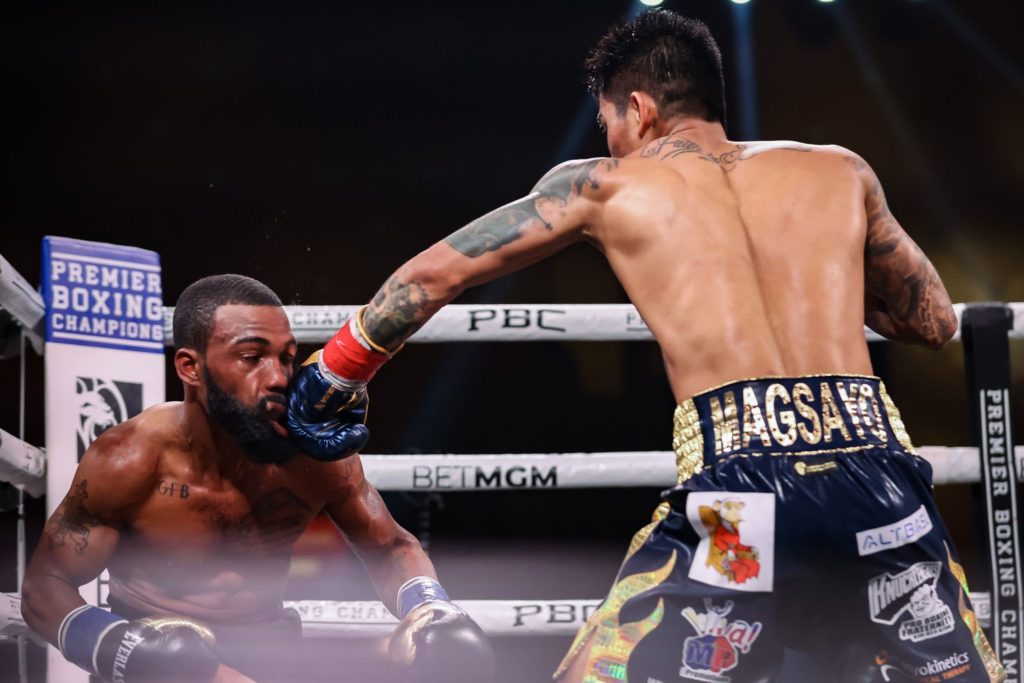 In the post-fight interview, Russell Jr. said that he beat Magsayo and outboxed the latter in their 12-round duel that ended up in a majority decision, stripping him of the world title.

“Politics is a bad motherf*****, You know what I’m saying? I beat that boy at least ten rounds to two. Man, I took that boy to school. To be honest with you, I outclassed him, I schooled him, I outboxed him with one arm,” said Russell Jr.

Magsayo wrested the WBC world featherweight title via majority decision with two judges scoring the bout 115-113 in favor of him while one judge saw it even at 114 all.

The 26-year-old Tagbilaran City native, who is fighting under MP Promotions, remains unbeaten at 24 wins with 16 knockouts while Russell Jr. suffered his second defeat with 31 wins and 18 knockouts.

Russell, during the post-fight interview, said that he was aware of his right shoulder injury coming into the fight, but he refused to back out.

“I knew my arm was hurt coming into the fight. I already stated that I got injury. I just didn’t want to reveal what the injury was. I still believe that I outboxed him,” said Russell Jr.

“I take away any effective shots he was trying to throw. My ring generalship and everything, my boxing IQ it spoke for itself. I wanted the fans going to say about this and what the judges was thinking. I’m pretty sure that a lot of fans would disagree. Maybe he landed two solid clean shots  in the entire fight.”

Russell said he would easily beat Magsayo if he was healthy.

“I’m gonna beat that ass worse than I did tonight. We are definitely trying to see if we can get a rematch. Of course, I’m going to get this thing figured out,” he said.

Magsayo already stated that he is open for a rematch, but it will be up to the decision of his promoter and manager Sean Gibbons of MP Promotions.

Read Next
Ready to get away from the city? Manayon’s Peak in Naga City awaits