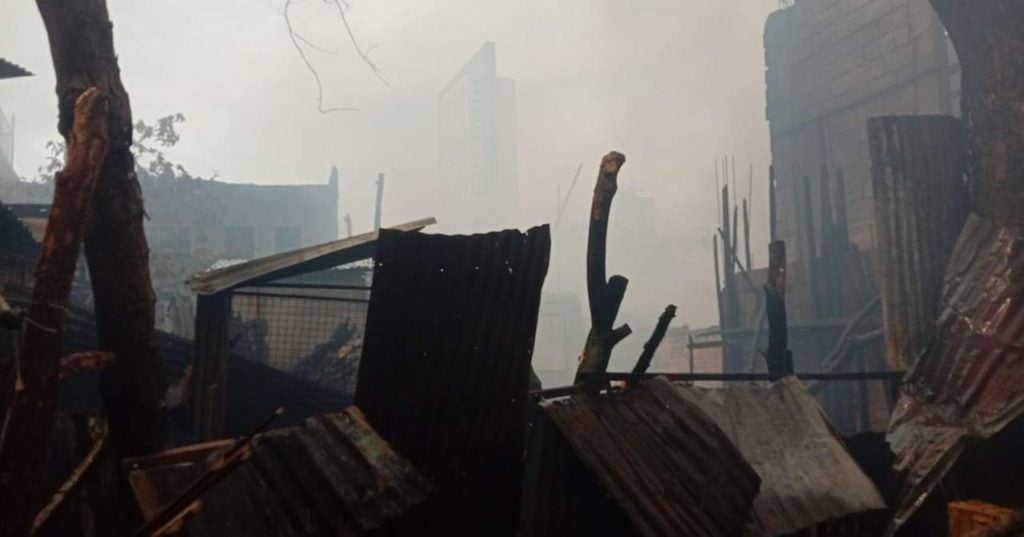 This is the aftermath of the fire that hit a residential area in Barangay Sambag 2, Cebu City, on Friday afternoon, February 25, 2022. | Paul Lauro

Arceo also said that they were investigating reports that the fire could also have been caused by a group of children, who were allegedly playing with matchsticks inside the room of the third floor of the house where the fire started.

(Allegedly, children, 5 to 6 years old, who were left playing inside the house. The aunt, who was watching over the children fell asleep and was just awakened to see the room of the house on fire.)

He, however, clarified that this report on children playing with matchsticks causing the fire was still being verified.

Barangay Captain Ryan Aznar of Sambag 2 said the displaced families were staying at two gymnasiums in the barangay at Sitios Maharlika and Kawayan.

Aznar said that the fire destroyed 74 houses, displaced 148 families made up of 612 individuals.

He also said that these families needed clothing, basic necessities and eventually housing materials to rebuilt their homes.

He also said that the Cebu City government had already given meals to the fire victims temporarily staying at the gyms.

FO3 Arceo, for his part, said that the fire spread rapidly in the area because the houses were built near each other and were mostly just a wall away from each other.

(The houses there are mostly made of light materials. That is the reason the fire quickly spread and got bigger.)

Arceo also said that they were also investigating reports that a person was trapped inside the house during the fire.

He said they were still verifying this report and as of now, he could confirm if there really was a person trapped during the fire.