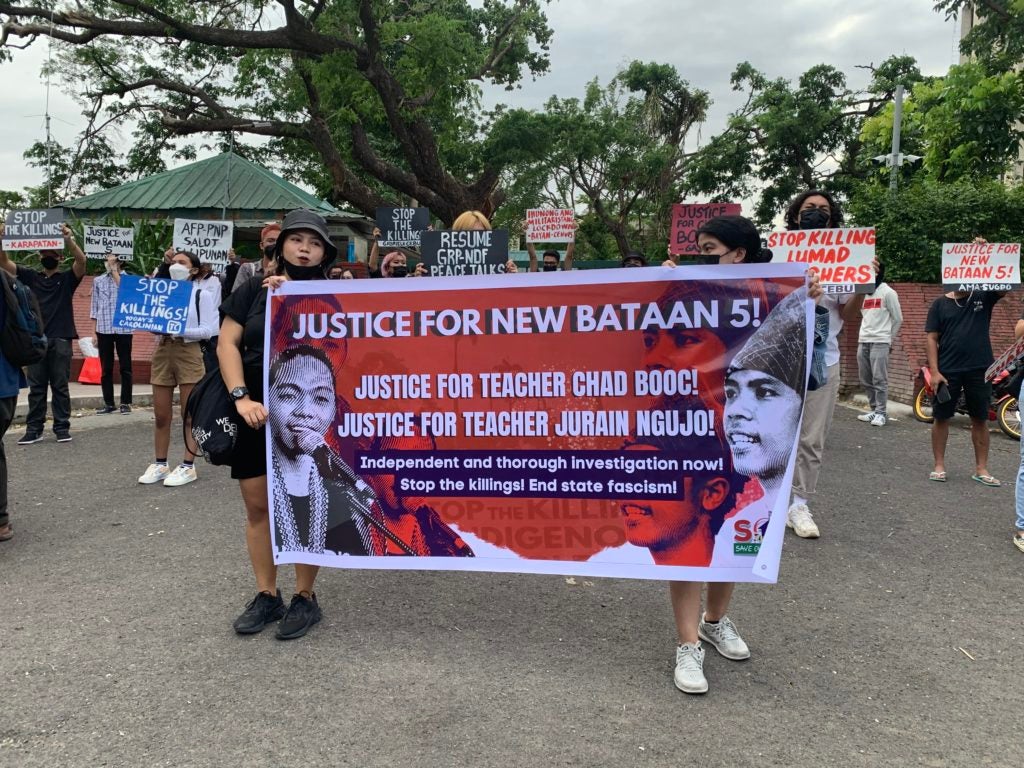 Members of progressive groups hold a protest on Saturday afternoon, February 26, 2022, in front of the University of the Philippines Cebu Campus, calling for an independent and thorough investigation on the killing of the ‘New Bataan 5’ claiming the incident as a ‘bloody massacre’. | via Pegeen Maisie Sararaña

CEBU CITY, Philippines — Members of progressive groups here called for a thorough and impartial probe on the killing of the “New Bataan 5” which included volunteer teacher Chad Booc.

The groups hold a protest on Saturday afternoon, February 26, 2022, in front of the University of the Philippines Cebu Campus, as they cry for justice for the five individuals killed during what authorities called an “armed encounter” on Thursday, February 24, in Barangay Andap, New Bataan, Davao de Oro.

Among those killed in the “encounter” was volunteer teacher Booc who is one of the ‘Bakwit School 7’.

The five individuals were alleged to be members of the Communist Terrorist Group (CTG).

Earlier, the Save Our Schools Network also released a statement tagging the ‘armed encounter’ as a ‘bloody massacre’.

READ: Save Our Schools Network condemns killing of Chad Booc, 4 others in Davao de Oro

Kyle Enero, a member of the National Union of Students of the Philippines, in an interview, calls for a thorough and independent investigation on the killing of the New Bataan 5 as the five slain persons were called including Booc.

Enero said it is their great challenge to continue what Booc and the other members have started. He described Booc as an approachable and kind person and debunked earlier reports tagging him as a member of the CTG.

Enero said other members of various progressive groups joined them in today’s protest to condemn the Armed Forces of the Philippines for the ‘bloody massacre’.

It can be recalled that Booc was among the seven arrested individuals during the so-called inter-agency ‘rescue operation’ last February 15, 2021, in one of the universities in Cebu City. They were nabbed for allegedly holding several Indigenous People, specifically 19 minors from Talaingod in Mindanao.

They were charged for violations of the Child Abuse Law, Anti-Trafficking in Persons Act, kidnapping, and serious illegal detention. 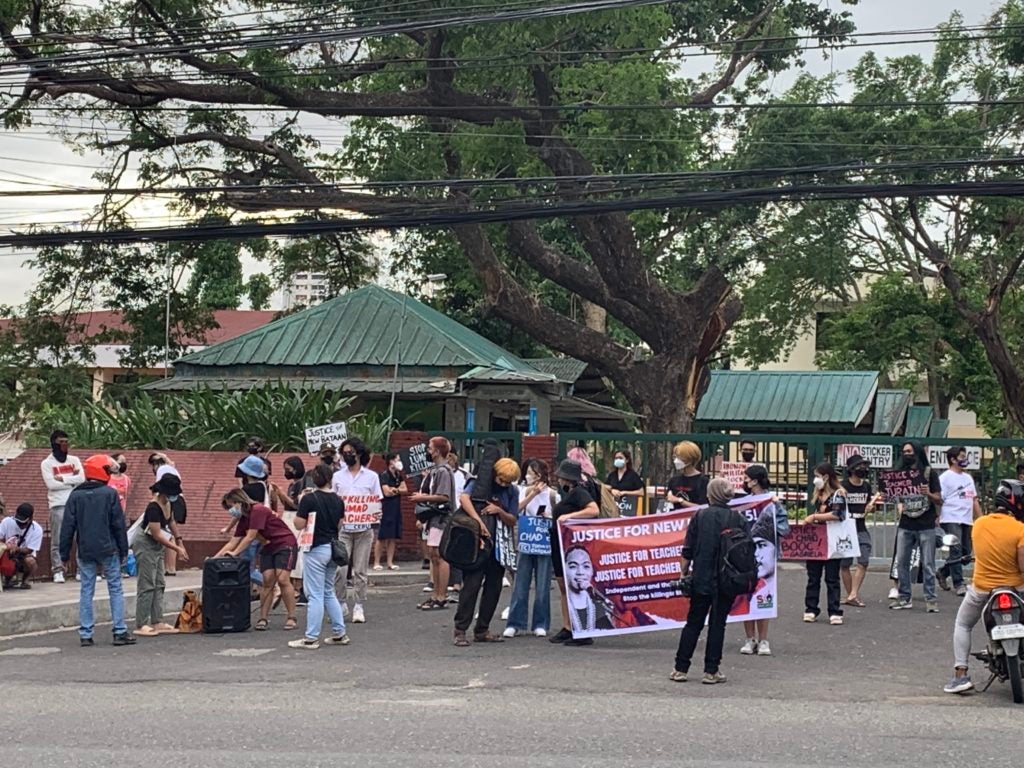 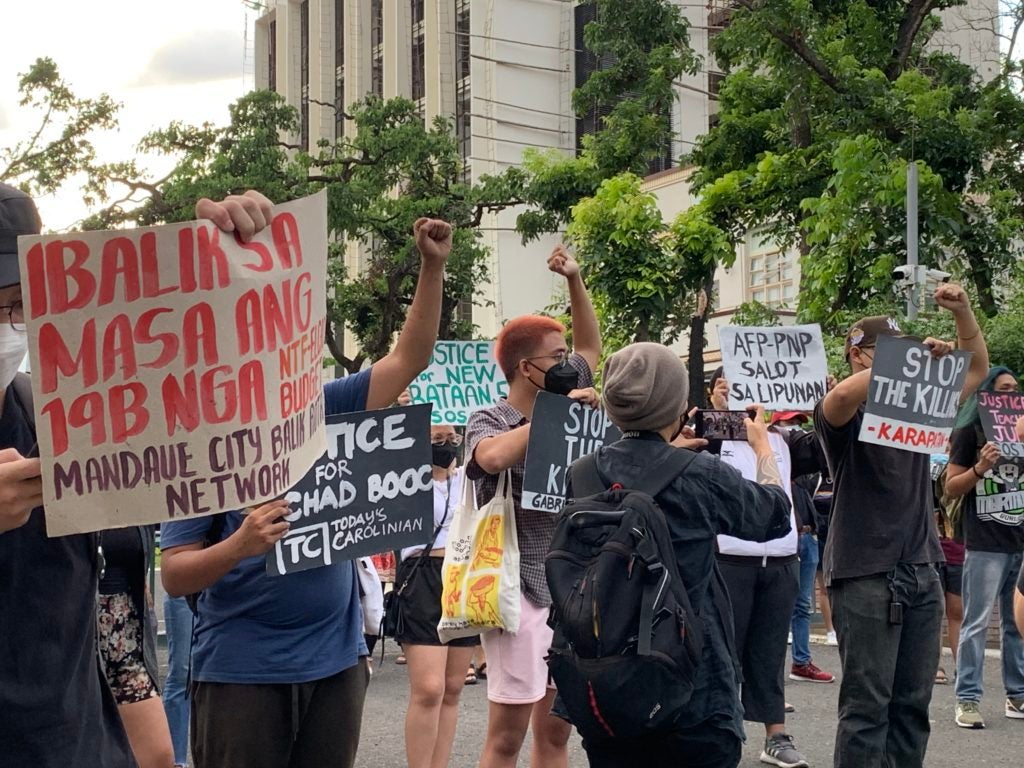 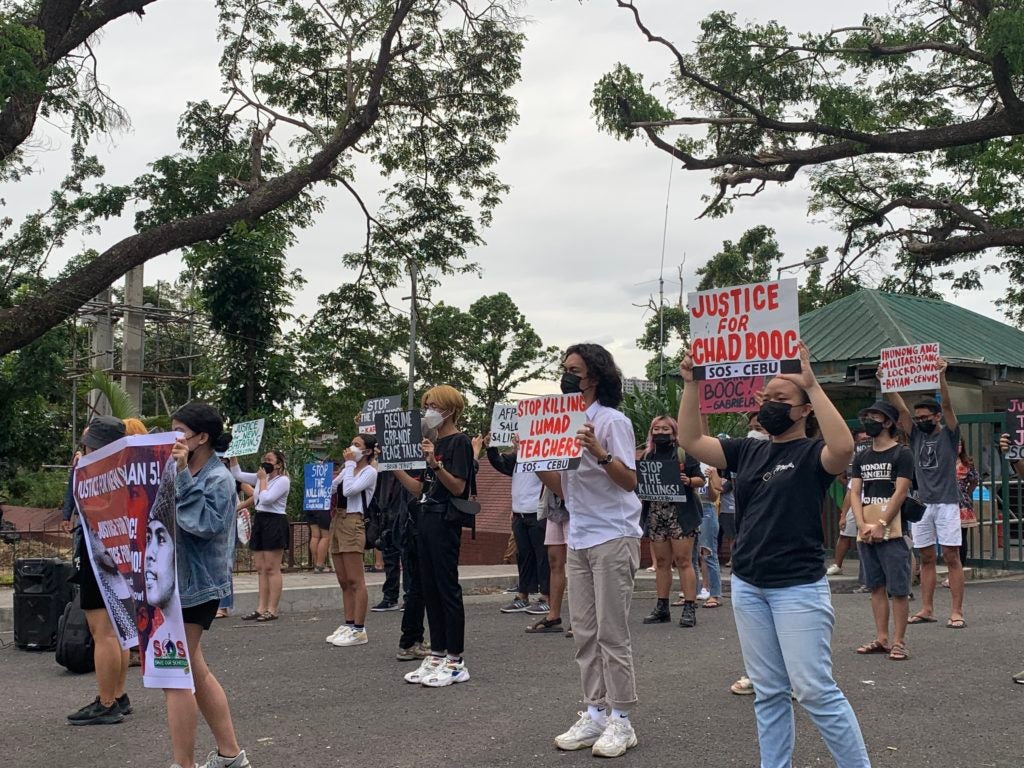 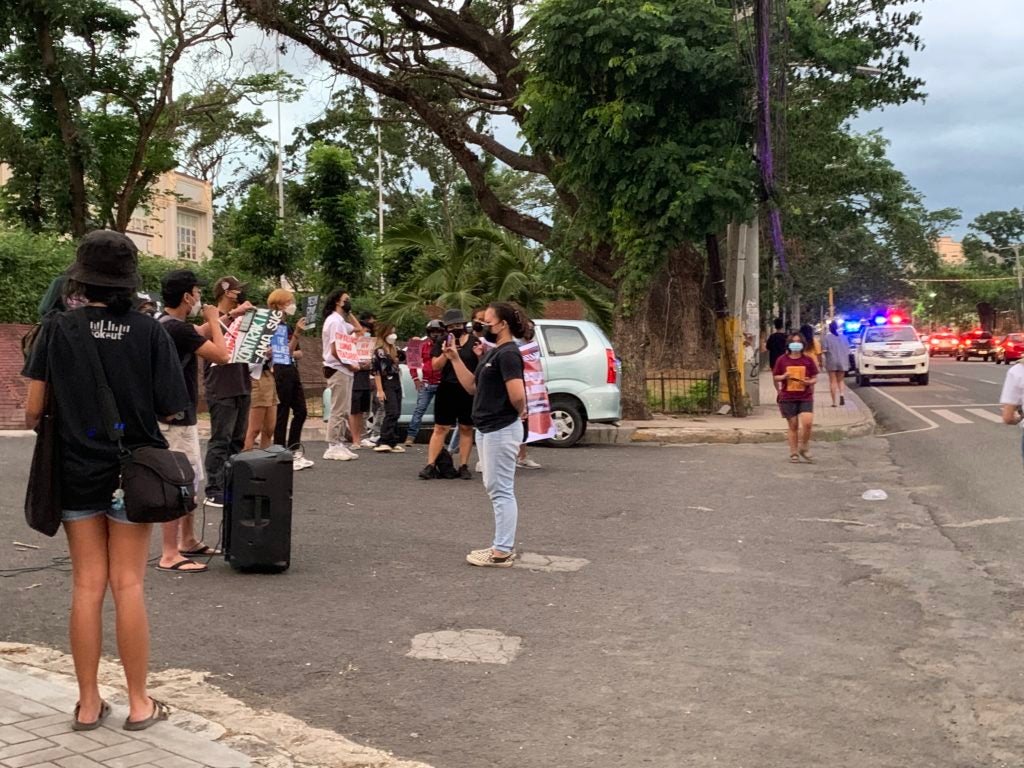