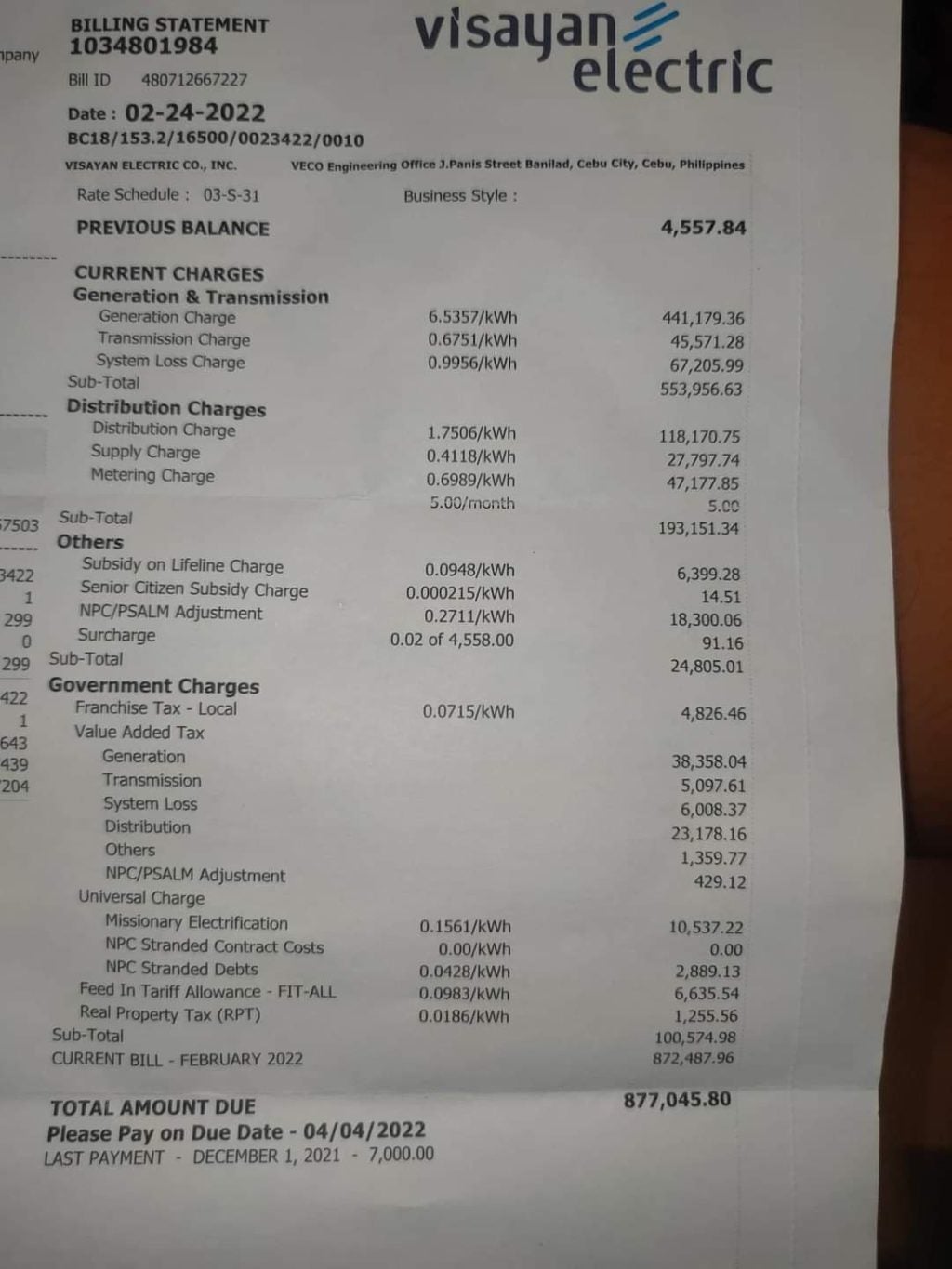 CEBU CITY, Philippines — The Visayan Electric household consumer whose bill reached P877,045 for a 90-day reading period said their family will not be filing charges against the utility.

Jrea Mary Mae Punay-Sarmiento told CDN Digital that they were extremely shocked when they received the bill as the amount reached near a million.

(We were shocked and couldn’t believe it. Actually, we expected that we were among those affected in the erroneous charging of VECO. Because we heard on the radio that there were a lot of complaints from consumers. But we didn’t expect our bill to shoot up like that.)

Punay-Sarmiento said that they are awaiting for Visayan Electric to reach out to them as promised to settle the bill.

Engineer Daryl Bonbon, the vice president for customers services, said in a press conference on March 2, 2022, that there was a mistake in the encoding and reading.

(There was a mistake in the encoding. We apologize for that.)

He assured the consumer that they will fix the bill and set it right. They will also be reaching out to the consumer in the coming days.

Bonbon urged consumers whose bills shot up more than five times to reach out to Visayan Electric for clarification and investigation.

A two-time or three-time increase of the bill can be attributed to bill lumping and increased consumption, but an increase of more than five times can already be considered outrageous.

Visayan Electric is prepared to handle the billing concerns of customers over these matters.

Your subscription could not be saved. Please try again.
Your subscription has been successful.
Read Next
Bill lumping and increased consumption behind rise in electric bill — Visayan Electric