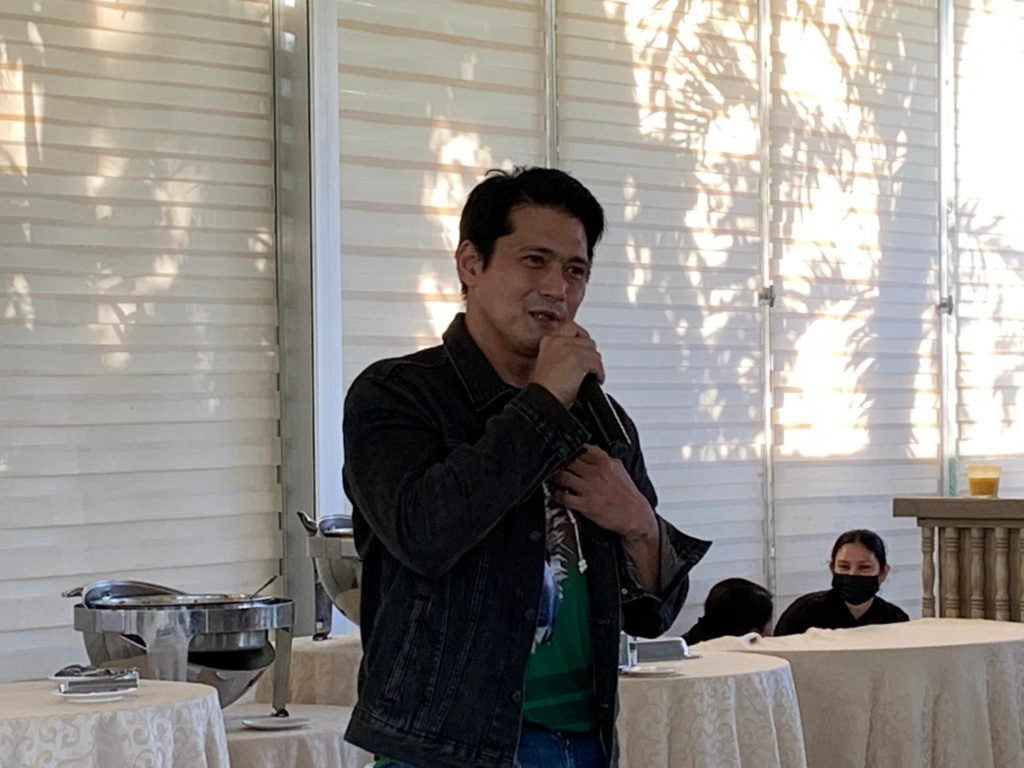 Actor Robin Padilla, who is running for a Senate seat, says that he is pushing for a federal form of government that will surely benefit Cebu. | Delta Dyrecka Letigio

Padilla is pushing for a Federal Parliamentary form of government, continuing the long dream of President Rodrigo Duterte.

(The people are hoping for change, they hope tht their lives will be better. I hope it will come true. There is no other way to bring change but to change the form of government.)

Padilla also told the Cebuano Muslim community that his drive to run was to provide representation for them in the Senate.

(Let’s remember the Bangsamore Autonomous Region of Muslim Mindanao, it’s still like a baby. It will need a senator that will advance it in the Senate.)

The senatoriable thanked supporters after he came in top 10 of surveys, although he said he did not believe in surveys.

He said the surveys would only reflect a small part of the true voice of the public, and he would continue to work hard in the campaign to get the votes of the public.

Should he win a Senate seat, he assured Cebuanos thay he would file the bill for Charter Change and push for a Federal government that should allow Cebu to make the most of its income, and progress further than it had progressed now. Former presidential spokesperson, Salvador Panelo, who is also running for senator in the PDP Laban slate, says he will push for legislation on free tertiary education for the poor. | Delta Dyrecka Letigio

Former presidential spokesperson, Salvador Panelo, on the other hand, said he would push for legislation that would expand and strengthen the Tertiary Act that provide free tuition to college students.

(Only 12 percent of the poor can enter and the 88 percent comes from the richest families and middle class. The reason [for that] is that in the entrance exams the rich are well equipped. I will introduce a legislation to do away with the entrance exam.)

The former secretary said that the poor will no longer fear requirements to avail the free tuition.

He said because his son has special needs, he knew the importance of providing services for this vulnerable sector.

Finally, Panelo wants to make the failure to implement the Universal Health Law by hospitals and medical institutions as a heinous crime.

He said that this should be considered heinous because it would be detrimental to the public especially the poor that would need the service badly.

The two PDP Laban candidates hope that Cebuanos will consider them this coming elections as they hope to continue the legacy of President Rodrigo Duterte.

Marcos camp insists Robin Padilla not part of UniTeam: We only have 11 Senate bets