Rufa Mae trends on Twitter after performing in BBM-Sara rally 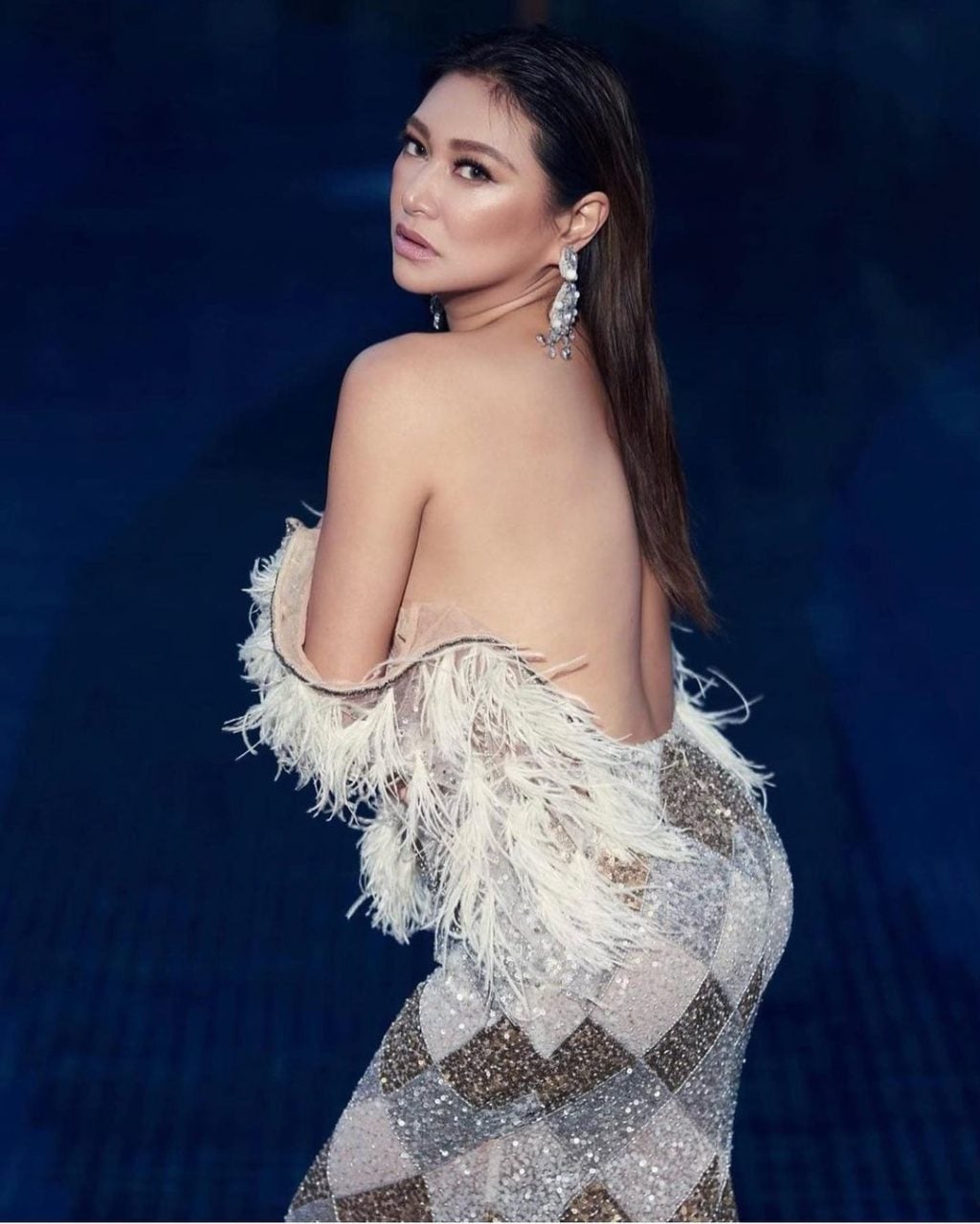 CEBU, Philippines—Rufa Mae Quinto made it to the trending topics on Twitter Philippines on Tuesday afternoon, March 29.

But most of them shared their disappointment with the actress-comedienne’s support to the UniTeam’s presidential and vice-presidential candidates. 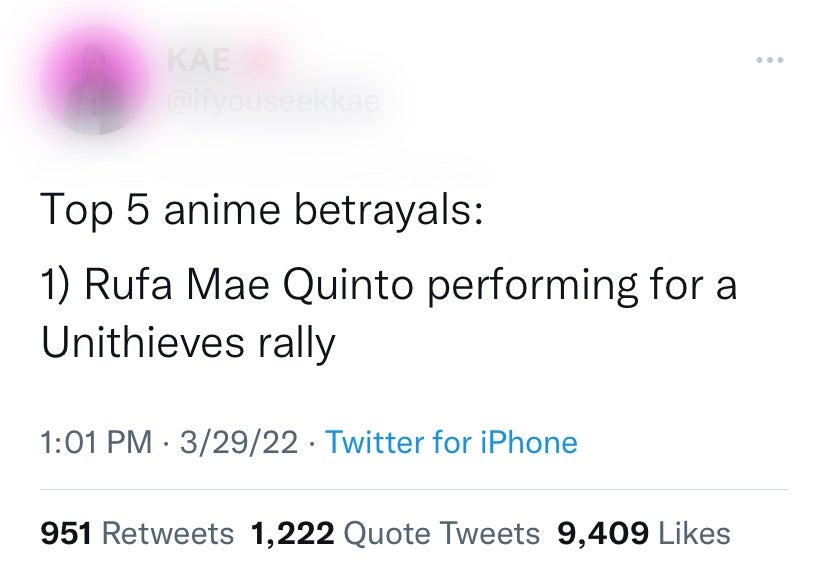 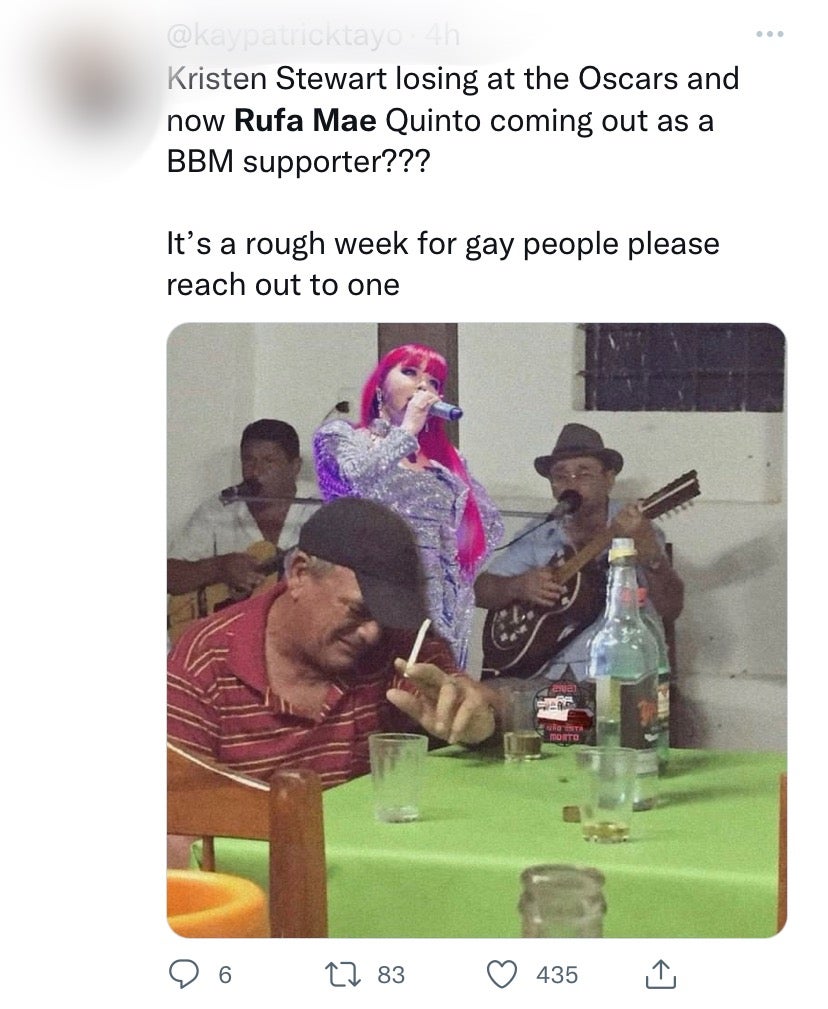 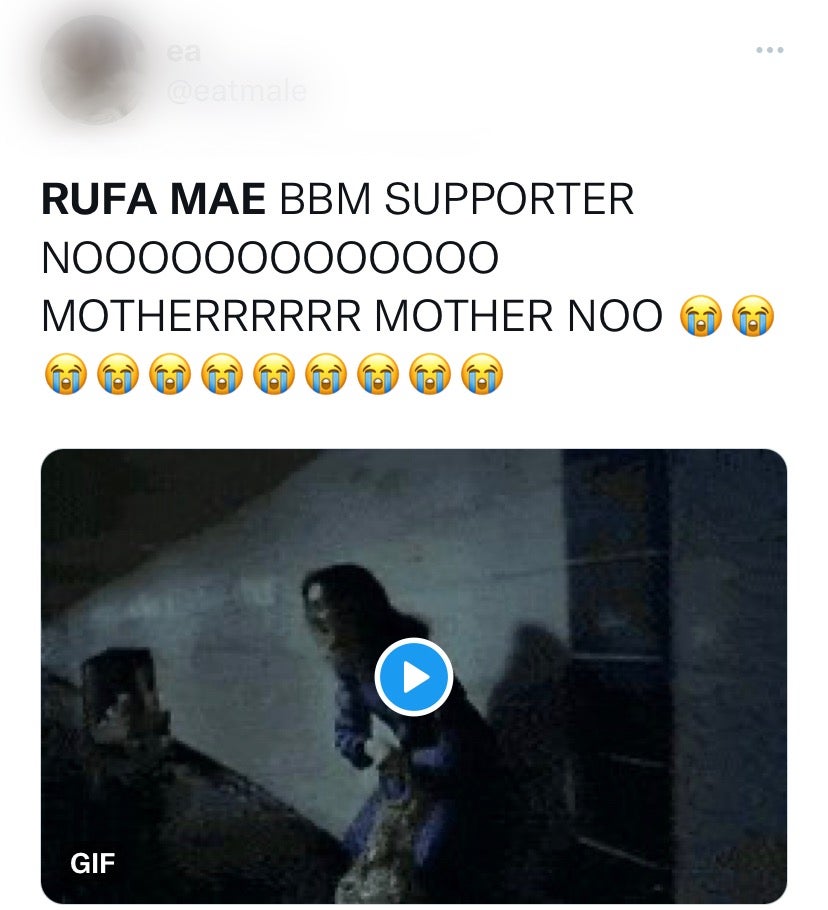 However, there are some netizens who also defended her.

Last February 2022, TV host Toni Gonzaga was also criticized by netizens after hosting  the proclamation rally of UniTeam at the Philippine Arena in Bulacan.      /rcg