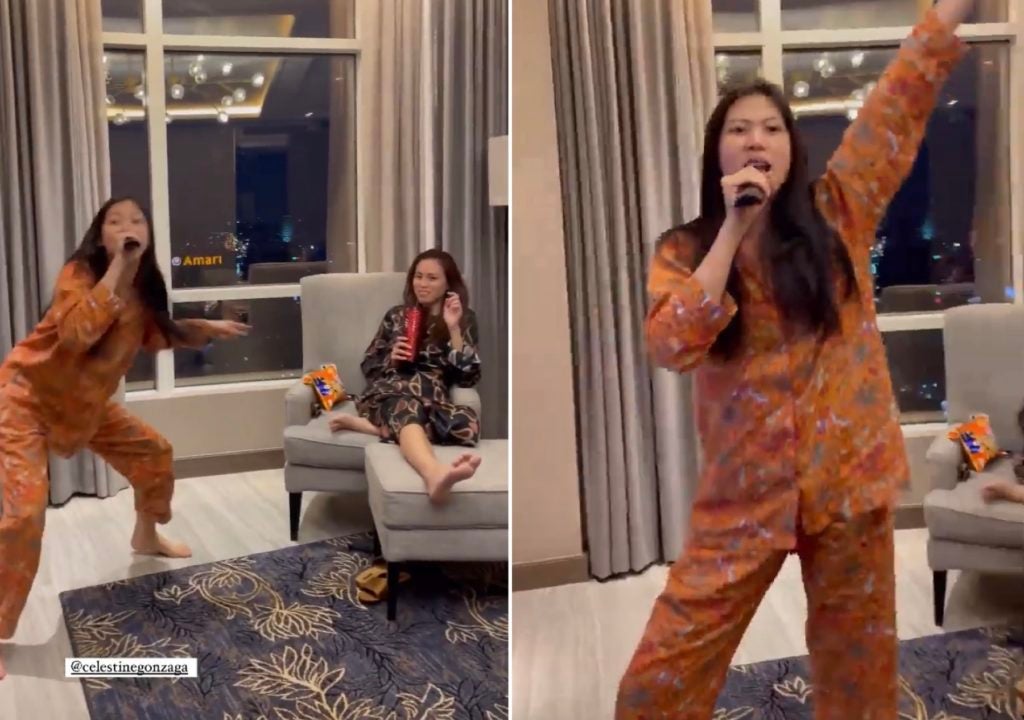 CEBU, Philippines—Alex Gonzaga has once again proved herself as a multi-talented celebrity.

Aside from acting, singing, dancing and vlogging, Alex is also good at impersonating the closest person to her.

On Thursday, March 31, 2022, Alex uploaded clips where she can be seen impersonating her sister, Toni Gonzaga.

Toni was performing Katy Perry’s “Roar” at a concert.

The video panned from the TV screen, showing Toni’s performance on stage, to Alex singing the song herself as she imitates her sister’s voice and gestures.

Toni can be seen laughing from behind Alex in their hotel room.

She shared clips on her Instagram stories and tagged Toni.

In another story post, Alex shared an IG story of one of Toni’s “Roar” performance side by side her video and captioned it, “Plakado kita siisss,” and rolling on the floor laughing emojis.

Gonzaga sisters did ‘it’ in Amanpulo