Kit Thompson held knife to Ana Jalandoni’s neck over a joke, she recounts 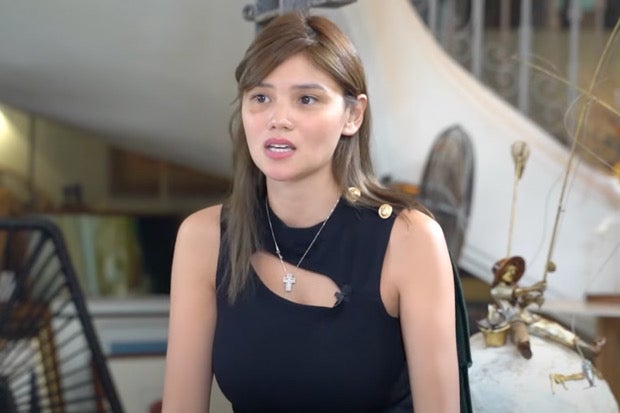 Ana Jalandoni is breaking her silence on the other instances where actor Kit Thompson showed aggressive behavior towards her, citing an incident where he held a knife to her neck because of a joke.

Jalandoni recounted the time when she and Thompson were joking about a friend of his who had a crush on her, which Thompson supposedly took the wrong way. The actress shared this in an exclusive interview with the King of Talk Boy Abunda, as seen on his YouTube channel yesterday, April 2.

(We were joking with each other then he asked me, “You? Who among my friends is your type?” I told him, “None, of course I only like you.” I don’t know, suddenly, I told him, “That friend of yours who has a crush on me, if I wasn’t with you, I might date him.” It’s a joke, for me it’s a joke because we were fooling with each other.)

Thompson, who was holding a knife as he was fixing something at the time, supposedly placed the knife on Jalandoni’s neck and confronted her about the joke she said.

(I was really shocked, I told him, “Put the knife down. It was a joke, Kit. Put it down.” Then he let go of the knife. I was really scared at the time. I was sweating and I was holding back my tears because he might freak out, because he gets mad easily.)

Jalandoni recalled how she went upstairs in fear of Thompson, adding that she asked him to leave the house but he refused.

(I explained to him that I have a phobia of those things. I don’t like arguing, I don’t like it when someone’s cursing during a fight because that was how it went with my ex. It’s very toxic and frightening because it already happened to me. I don’t want [to go through it] anymore.)

Prior to the said incident, Jalandoni said that Thompson raised his voice and blurted curse words when they had their first fight as a couple. Though she admitted that she knows these are red flags, Jalandoni said she accepted his apologies because she loved him and she saw that he was sincere.

Jalandoni earlier disclosed that the beating incident, which happened in Tagaytay last March 18, was not the first time the actor laid a hand on her. She also clarified that jealousy was what triggered Thompson’s violent behavior, adding that no third party was involved.