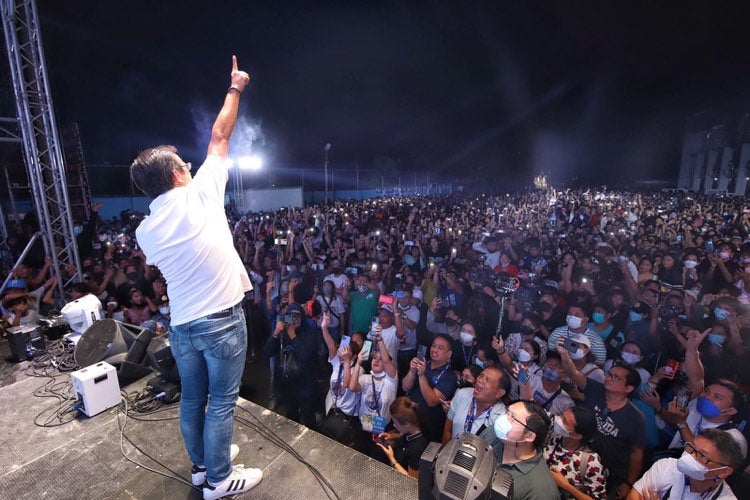 LAPU-LAPU CITY, Cebu – Aksyon Demokratiko standard bearer Isko Moreno Domagoso on Friday, April 8, expressed optimism that the “silent majority” from the lower and middle classes, as well as, the urban and rural poor will deliver the crucial votes on May 9 and make him 17th president of the Republic.

Moreno said that the tens of thousands of people that he directly met with and shook hands with in various provincial sorties do not jibe with pre-election survey results made by major polling firms that tend to show his numbers at a far third from the frontrunner.

In an interview with reporters here, Moreno said, voters are “scared” to answer survey questions honestly and truthfully due to the endless political bashings and bickering between the Marcos camp and anti-Marcos groups led by the so-called yellows and pinks.

Moreno also said in the same media interview that political oligarchs have been actively influencing voters through direct “buying of people” in favor of the presidential candidate that they are backing financially.

Moreno said several political groups also tried to ask the Aksyon Demokratiko for funds in exchange of mobilizing support for the political party and its candidates but the party was disinterested. “Mayroong mga ganoon. May mga humihirit lang ng tulong pero walang specifics,” he said. 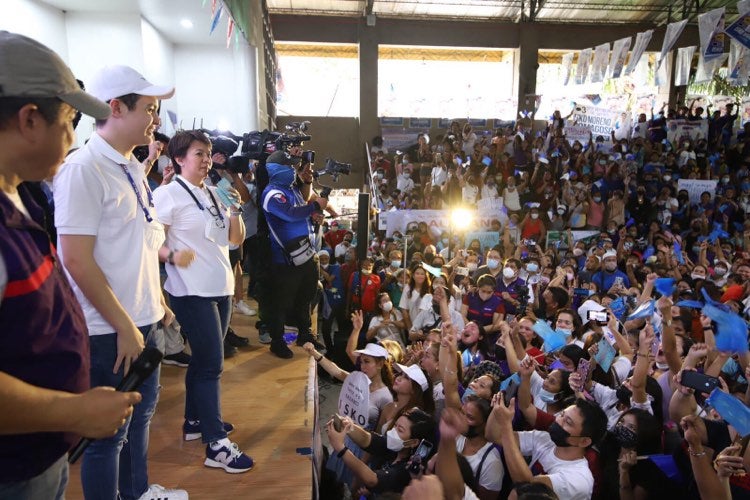 Earlier in Cebu City,  Moreno’s wife Dynee Domagoso said recent survey results showing that her husband is trailing some of his closest rivals in the presidential race are not indicative of the support being shown to him by the people on the ground whenever he is on the campaign trail.

She said people from all walks of life continuously showed their love and admiration for her husband similar to what they experienced first-hand when thousands of people attended a Meet and Greet activity with Aksyon Demokratiko candidates at the Guadalupe and Tinago Gym here.

Regardless of the survey results that came out in recent weeks, Domagoso said, this will not stop her and the rest of her family from providing their utmost support to the presidential bid of her 47-year-old husband.

Knowing fully well that the presidential campaign period has been a tough one both mentally and physically for Moreno, even dealing with false accusations thrown at him, Domagoso said it’s better for them not to look at the negative things that transpired but on the positive ones. 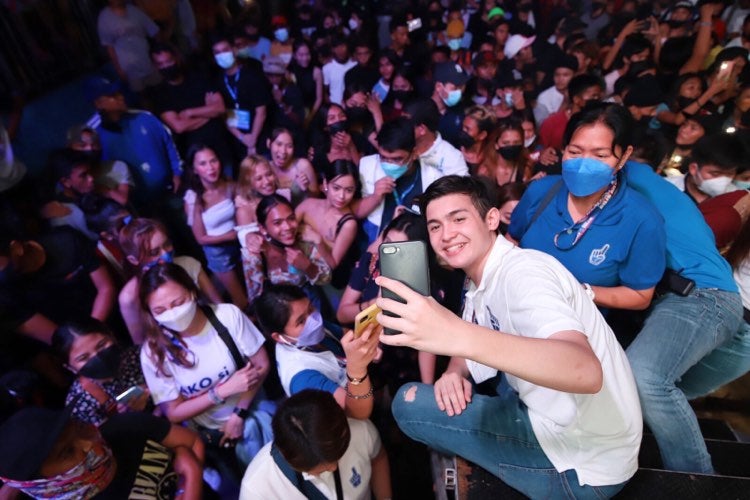 If she is not busy helping her husband in the campaign trail, Domagoso said, she just stays at the Isko Moreno Domagoso for President Campaign Headquarters in Intramuros, Manila, to take care of the campaign finances.

Mayor Isko and Dynee’s son, actor and model Joaquin Domagoso, was able to join the trip to this province and he was quite excited to be able to finally help his father in wooing voters to choose him as the next president of the country.

Moreno’s daughter Frances Dianne, on the other hand, has been also helping out by doing house-to-house campaigns while her eldest son, Patrick, is the one in charge of representing his father in the Visayas.

“My only daughter has already been doing house-to-house campaigns in NCR ‘coz now she’s still studying so every weekend nag-iikot na rin sya, matagal na nya ‘tong ginagawa I think more than a month ago pa. And then my eldest son Patrick as you have seen he already joined the campaign because he attended the interview of Tito Boy Abunda. That’s when it started pag may pagkakataon sya nagre-represent sa papa nya dito sa Visayas,” Domagoso said.

During the interview, Joaquin was asked what possible traits of his father can possibly bring him to the presidency and he answered compassion and empathy. He added that with him already available for the campaign trail he will do his best to help out every in which way he can.

“Well, like my mom said, ako recently kakabalik ko lang from lock-in taping, I’m doing my best now to do what I can for the campaign. Listening to my mom and seeing the people, what most important is that we don’t stop and we keep on continuing what we’re doing because last month na kaya tuluy tuloy na  natin parang ganon,” Joaquin said.

During the meet and greet with supporters at the Guadalupe Gym, Mrs. Domagoso and Joaquin also entertained the crowd when they danced to the tune of Mayor Isko’s favorite song “Dying inside to Hold You” which has been widely used in his presidential campaign. 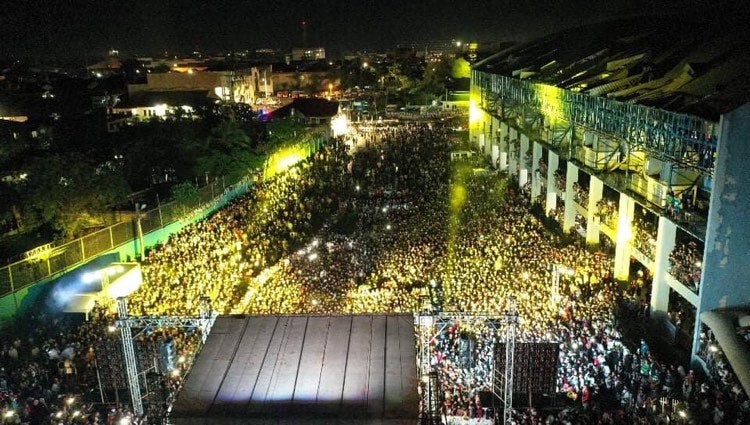 After barnstorming the Zamboanga Peninsula for two days, Moreno and the rest of Team “Isko” are on the campaign trail again this time in Cebu province for a series of town hall meetings and “meet and greet” with his supporters.

Read Next
P7M worth of ‘shabu’ seized in Cebu City buy-bust; ‘stevedore’ nabbed