Our wildest dreams include seeing dinosaurs walk around the Earth with us. But we are now limited to researched fossils, reimagined photos, and animated videos on the internet of what these great creatures used to look and be like when they still roamed our planet.

And as kids, we used to enjoy having dino toys as much as we love seeing them in movies like Jurassic Park and The Land Before Time.

Although the chances of seeing a live dinosaur are impossible, SM Seaside City Cebu offers a unique experience to see life-sized Dinosaurs at their Extraordinary Dino Encounter display dubbed Dinos in the Mall!

Now is your chance to see your favorite dinosaurs at the mall. Take a snap and keep the special memory!

But have you ever wondered why you are drawn to a certain dinosaur? Turns out these ground-shakers have a lot to say about your personality!

Are you a cunning carnivore or a happy-go-lucky herbivore? Check your personality below based on these famous dinosaurs! 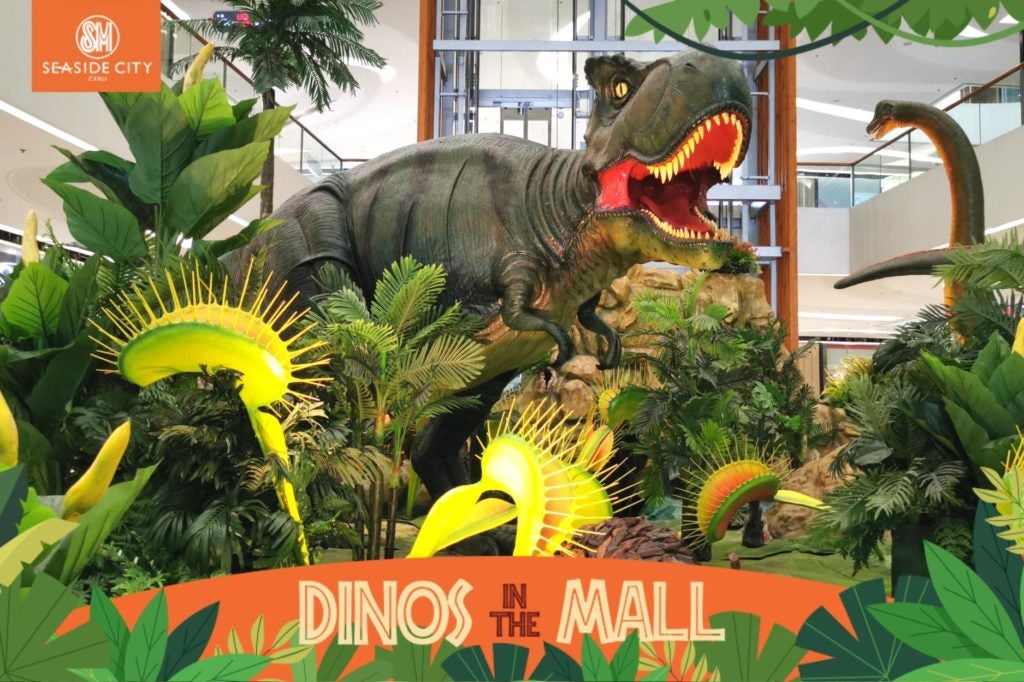 Catch the king of the dino world at SM Seaside City Cebu.

The king of the dino world! Like a certain well-known carnivore, you have no problem commanding attention when you enter a room.

The perfect example of strength and fierceness in one! You’re tough and even rough but certainly a go-getter who doesn’t take “no” for an answer, from people or from other animals.

One thing’s good about you —  you don’t have T-Rex’s banana-size teeth! 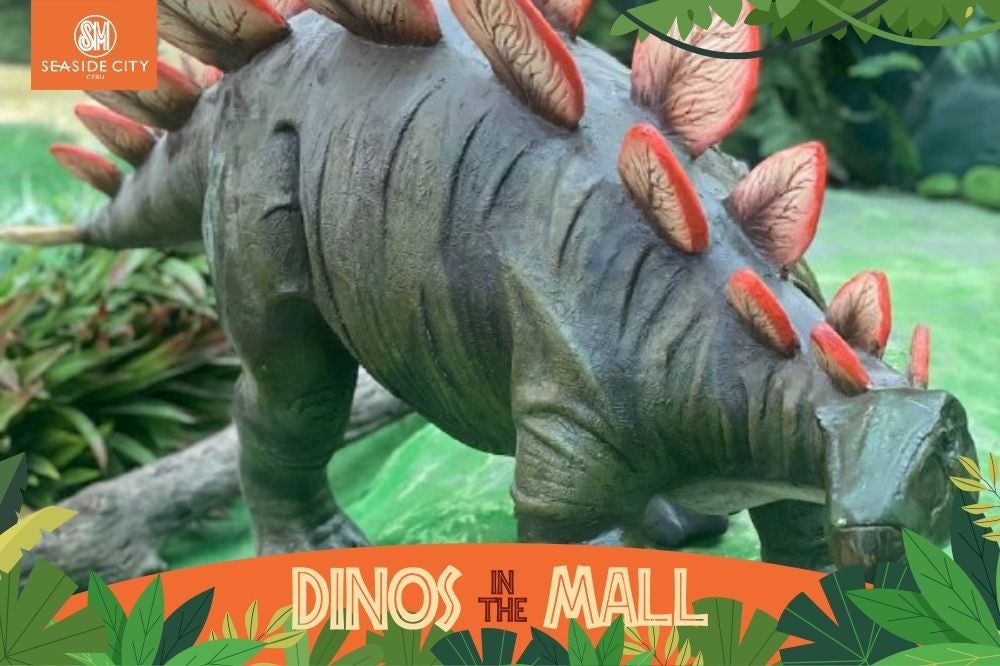 Stegosaurus quickly warms up to welcoming environments. | How to get there

When pushed into unfamiliar social situations, Stegosaurus fans tend to be more prickly but on the other side, you quickly warm up to welcoming environments and are usually good for an incisive anecdote or two.

They like strongly patterned clothing and are extremely defensive of friends and family. 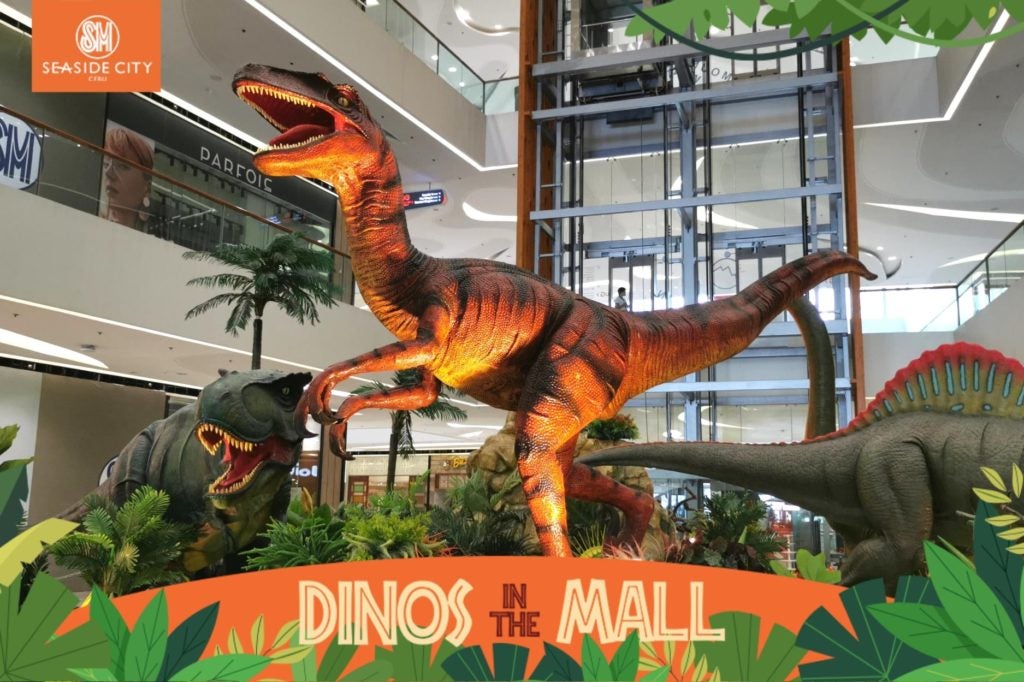 Are you comically aggressive like a Velociraptor? | See one in person

The average Velociraptor is somewhat like that small high schooler who overcompensated for his height by being comically aggressive.

Expressions like “Who are you calling chicken?” and “Come over here and say that tough guy!” can often be heard in the vicinity of Velociraptor fans, usually in crowded sports bars. 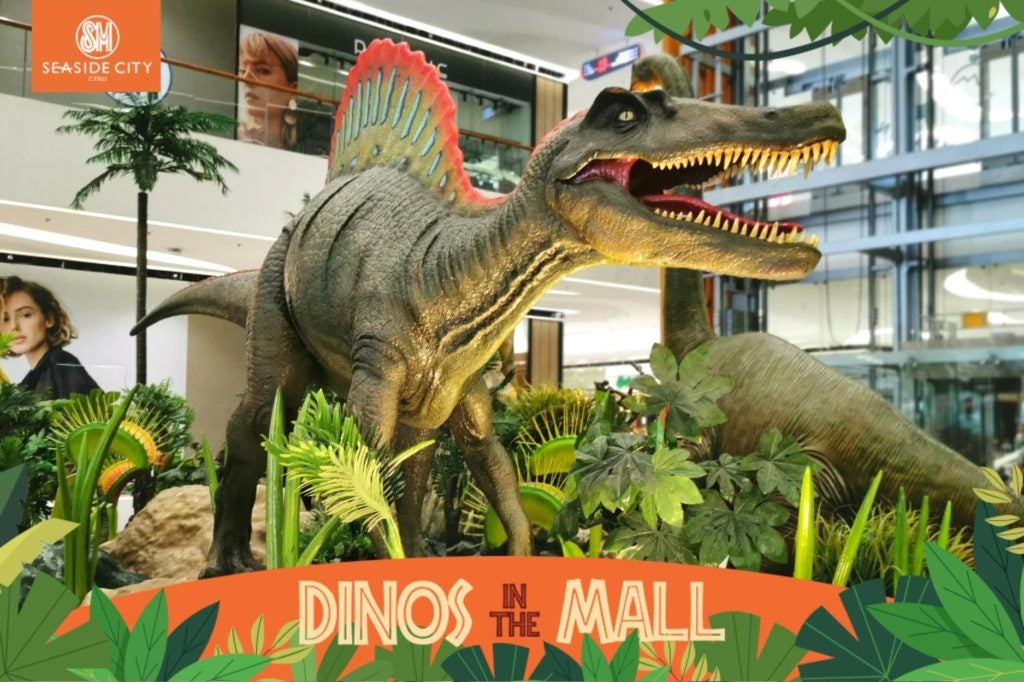 Do you also have what it takes to be a strong Spinosaurus? | Check one out

If you’re a fan of the Spinosaurus, that’s probably because you were bullied by a T-Rex enthusiast when you were a kid and found a hero in a Spinosaurus — bigger, stronger, and more ferocious.

Ironically, a typical but not all Spinosaurus lovers tend to be shy, unassuming types, and are often employed as accountants if not, dental assistants.

You like to spend your free time camping outdoors and finishing off a tasty fish head. 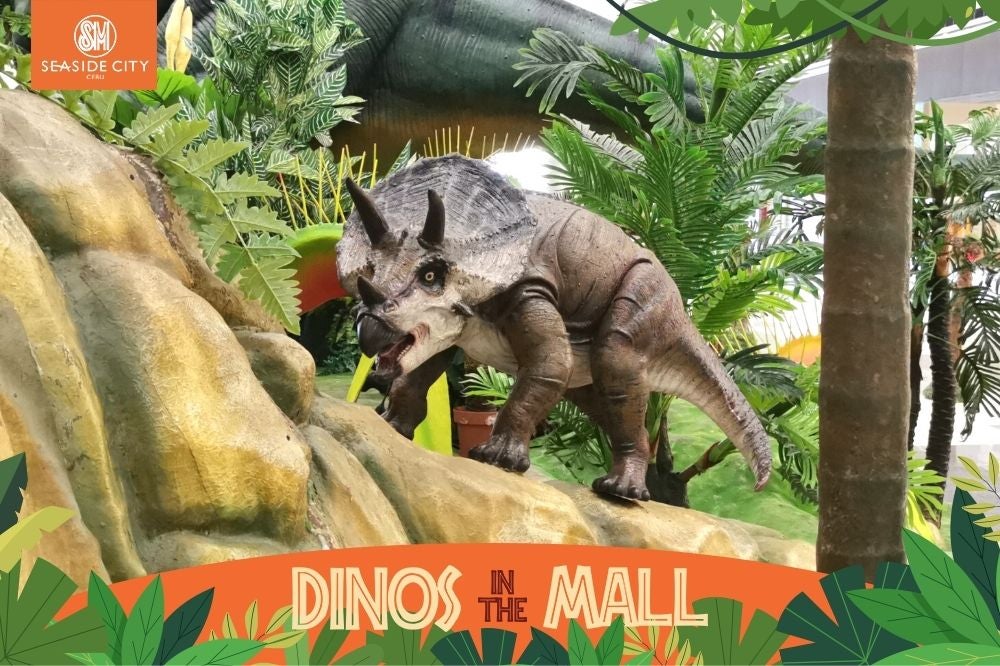 Are you as “chill” as a Triceratops? | Dinos in the mall and more

Triceratops lovers can often be seen standing around ballrooms in motionless herds or watching daytime talk shows on widescreen TVs.

Our typical “chill” guy who doesn’t want drama but is a fan of lots and lots of hats, beanies, and even scarves to add more variety to their OOTDs. 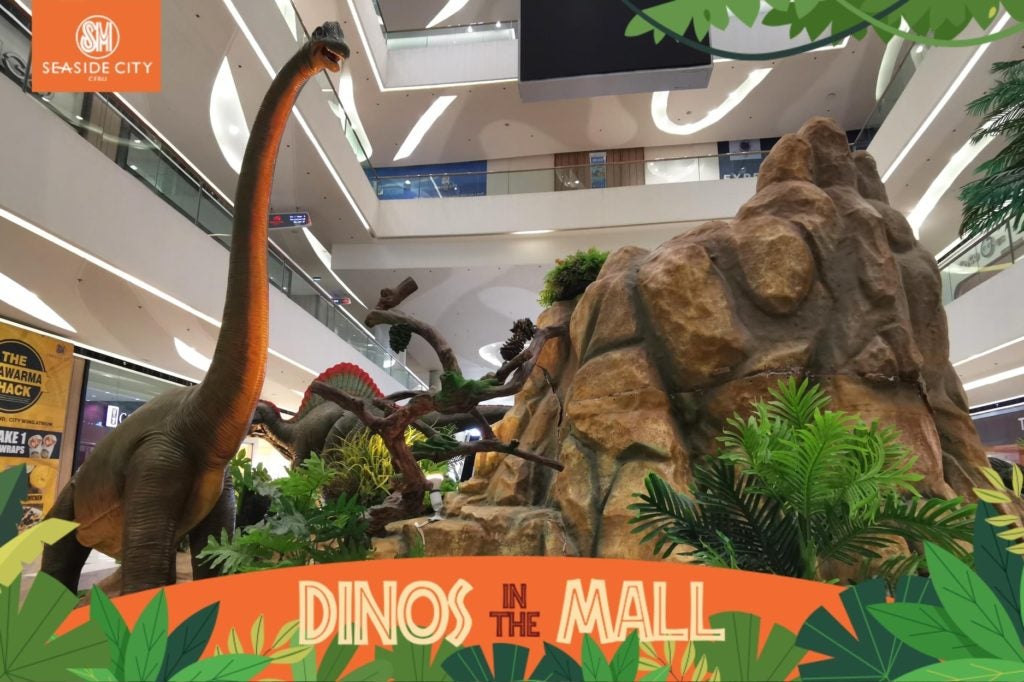 Or are you as soft and gentle as the Brachiosaurus? | More dinosaurs here

If you’d choose the Brachiosaurus, you are a perfect example of the saying “don’t judge a book by its cover.”

While you try to intimidate people with your terrorizing personality and demeanor, what most people don’t know is that you have a soft heart.

You hate to admit it but you’d go for tear-jerkers any day and you also have zen-like focus and the innate ability to finish any task given to you.

The DINOS are back in Cebu!

Hear them ROAR! An EXTRAORDINARY DINO ENCOUNTER is waiting for the whole #SMFam! Gaze upon the favorite T-Rex and other dinosaurs in LIFE-SIZED MODE at the Mountain Wing Atrium of SM Seaside City Cebu!

#ExperienceAweSM at The Great Seaside Sale this weekend and witness the goofy 𝗗𝗜𝗡𝗢 𝗦𝗤𝗨𝗔𝗗 up-close at the Mountain Wing Atrium!

HOW TO GET TO SM SEASIDE CITY CEBU?

GRABCAR: Get P50 OFF on your GrabCar protect ride to and from SM Seaside City Cebu by using the promo code: SMSEASIDE50

By: Wenilyn B. Sabalo
Mallworld