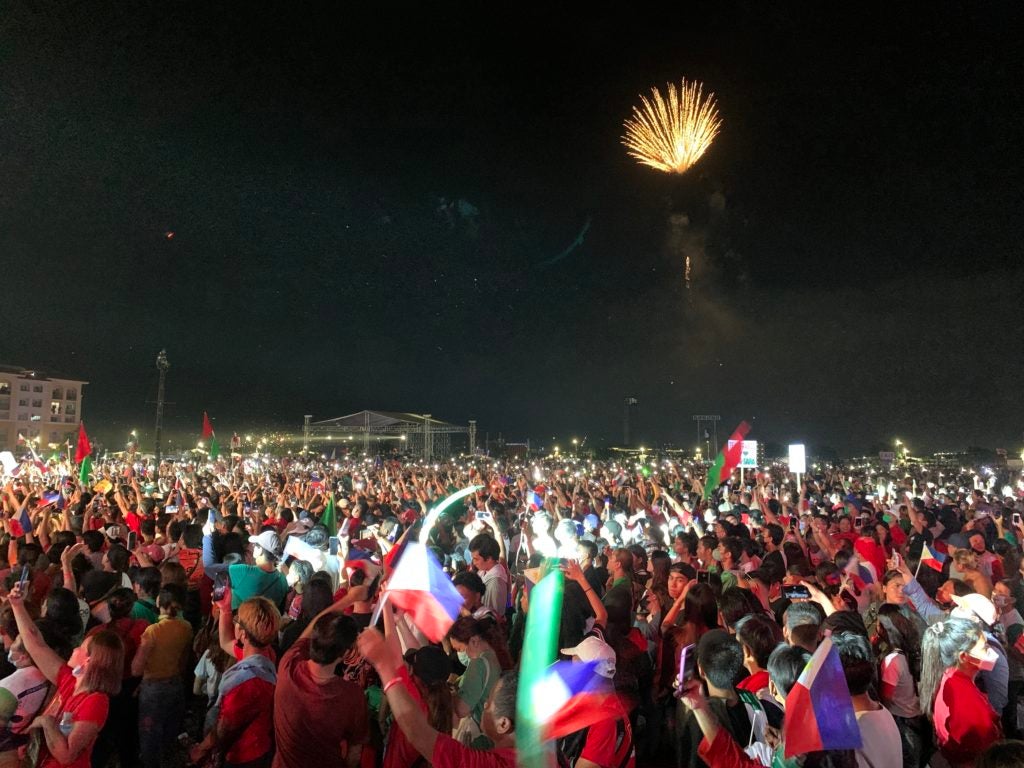 This chant echoed repetitively in what was described as the UniTeam’s ‘biggest rally yet’ held here last Monday, April 18.

The sortie, which lasted for approximately seven hours, was the first grand rally in Cebu for Marcos and Duterte-Carpio as a tandem.

Cebu is the country’s most vote-rich province.

The UniTeam’s ‘festival-themed’ grand rally was held 21 days before the May 9 polls, and barely six days since 1Cebu, the province’s largest political party, formally backed the survey frontrunners.

In an ambush interview on Monday, reporters asked Marcos about his “game plan” for the remaining days of the campaign.

“Nothing new really. It hasn’t changed,” Marcos said, speaking in a mix of English and Filipino.

“We continue to strengthen our organization. We are teaching our people (about) vote protection. We’re at that stage.”

Based on the latest Pulse Asia survey released on April 6, Marcos still has the lead among presidential candidates with 56%. He is followed by Vice President Leni Robredo with 24%.

“It’s a good result, but we cannot take that for granted,” Marcos said.

The Cebu City Police Office (CCPO) said the event was peaceful and orderly.

The police, however, managed to confiscate several hazardous items such as lighters, cigarettes and a butane canister.

Parilla also said that based on their estimate, around 300,000 people joined the sortie within Filinvest Grounds. The figures, however, did not include participants witnessing the event right outside the venue.