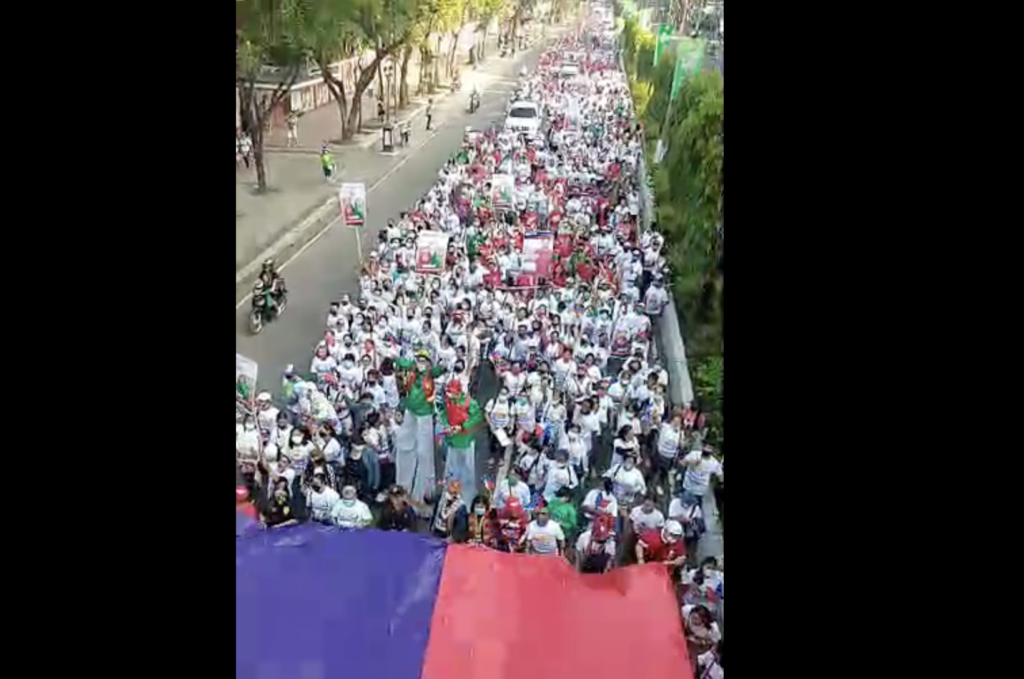 But despite the gathering of a huge crowd, the activity that started in uptown Cebu City was peaceful and orderly, says Police Lieutenant Colonel Maria Theresa Macatangay, information officer of the Cebu City Police Office (CCPO).

Macatangay said they did not record any untoward incident during the conduct of the ‘Unity Walk.’

(So far, it went peacefully, also because the activity was held early in the morning.  Probably, most of the motorists were also on a trip outside of Cebu in view of the long vacation that is why it did not cause traffic disruption.)

Participants of the ‘Unity Walk’ converged near the Fuente Osmeña Circle in uptown Cebu City and walked along Osmeña Boulevard on their way to Plaza Independencia.

Macatangay said the different police stations in the city monitored the conduct of the walk as it passed their respective jurisdictions.

The ‘Unity Walk’ was held ahead of the 1st grand rally of the BBM-Sara tandem in Cebu City.

The UniTeam grand rally is scheduled on Monday, April 18, 2022, at the City de Mari at the South Road Properties and will feature some local and Manila-based celebrities.

Cebu is the country’s most vote-rich province with over 3.2 million voters, including those coming from the cities of Cebu, Mandaue, and Lapu-Lapu, who are expected to cast their votes in the May 9, 2022 elections.