Security in place for VCM transportation 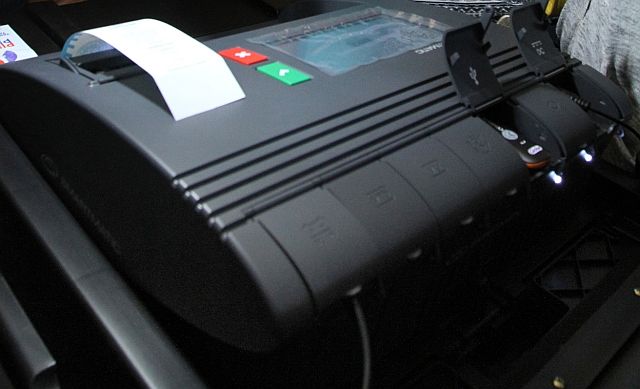 CEBU CITY, Philippines — Security measures have been put in place for the transporting of Vote Counting Machines (VCM) to warehouses of respective Local Government Units (LGU).

Police Colonel Engelbert Soriano, chief of Cebu Police Provincial Office (CPPO), confirmed that they already planned the security  for the transportation of VCM’s from the hubs to warehouses of respective LGUs under Cebu province.

For now, they are still waiting for the go signal from the Commission on Elections (Comelec) for the transporting of VCMs.

Soriano said that some accessories, such as the ballot boxes and battery boxes, have already been delivered.

“And at of this time na transport na yung ibang accessories niya. We are waiting for the VCMs na ipatawag kami na i-deliver,” Soriano said.

Soriano said they are only tasked to provide security for VCMs during transportation. He clarified that they are not allowed to touch even the accessories.

The VCM transportation will be done in coordination with the Treasure’s Office, LGUs, and the Comelec.

Soriano also said that they haven’t received directives yet to elevate their status from heightened alert status to full alert status.

Heightened alert status has been implemented in Cebu province since the Lenten season.

Police continue to monitor the possible presence of armed groups in the province. As of now, Soriano said that they have not encountered any  yet.

Soriano begged off to disclose further details about this pending ongoing verification. As per initial assessment on the election period, Soriano said that Cebu province remains peaceful.

He assured the public that police will do everything to secure the votes of the people.