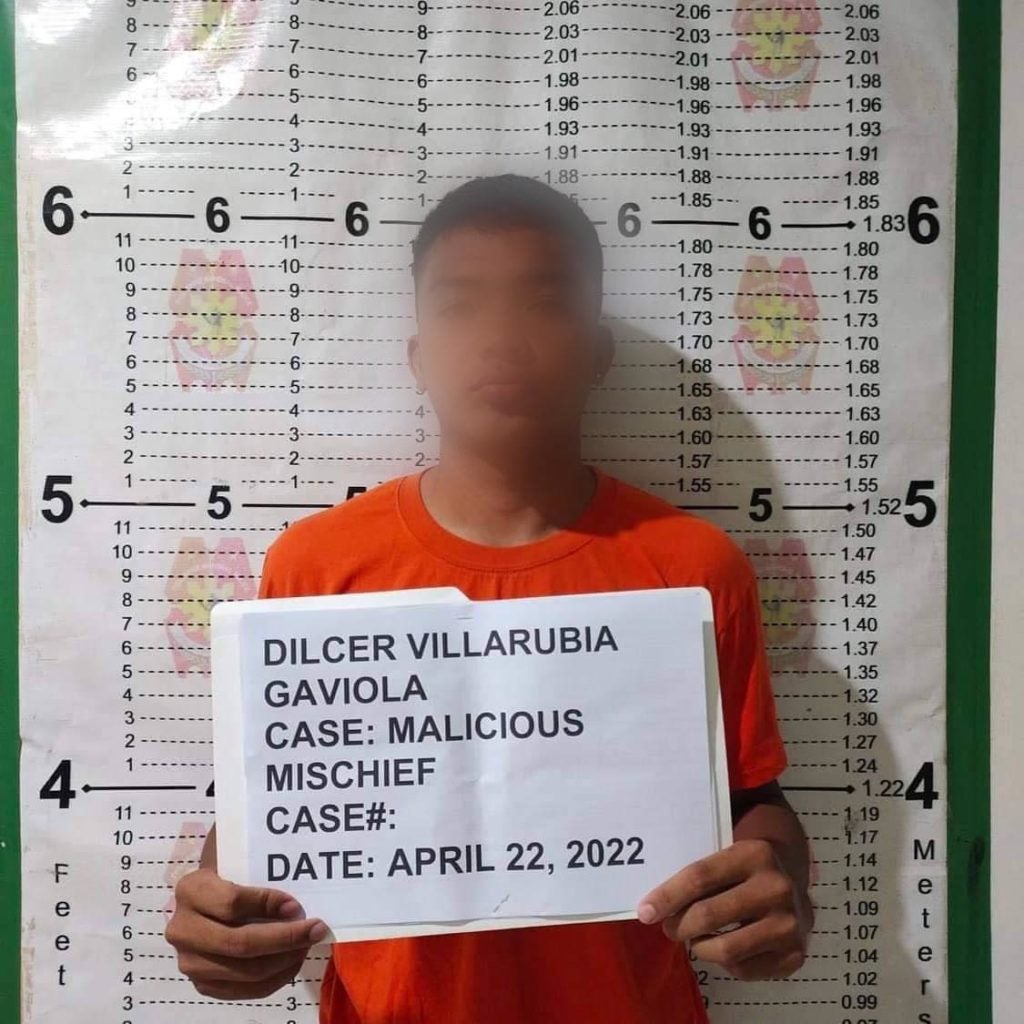 CEBU CITY, Philippines — A man, who was allegedly drunk, was arrested by the police on Friday, April 22, after he allegedly caused damage to a skimmer and allegedly defecated on the swimming pool of an ecofarm resort in Barangay Liburon, Carcar City in southern Cebu.

Gaviola, a native of Sitio Saimon, Barangay Can-asujan in Carcar City, was arrested at about 5:30 p.m. on Friday after he allegedly caused damage to the swimming pool and the skimmer of the Carcar Eco Farm Resort that is located in Villa Anonang in Barangay Liburon.

The total amount of damage was valued at around P50,000, Cabagnot said in a report, which he submitted to Police Colonel Engelbert Soriano, director of the Cebu Police Provincial Office (CPPO).

Cabagnot in his report said that the duty lifeguard was the one, who caught Gaviola allegedly defecating on the ecofarm’s swimming pool.

Initial investigation also showed that the suspect, who was believed to be under the influence of liquor, allegedly with deliberate intent maliciously destroyed the skimmer of the pool.

” [The] suspect was properly informed (of) the nature of his offense and rights as provided by law in a language that is known to him and thereafter was brought to this station for proper disposition,” it added.

Salbert Wamar Garces, eco farms operations manager, was the one who called the police for assistance.

Gaviola used to be a basketball player of a university located in Cebu City before he was recruited in 2020 to join the varsity squad of a college in Manila.