Be kind to your mother-in-law, urges Pope Francis 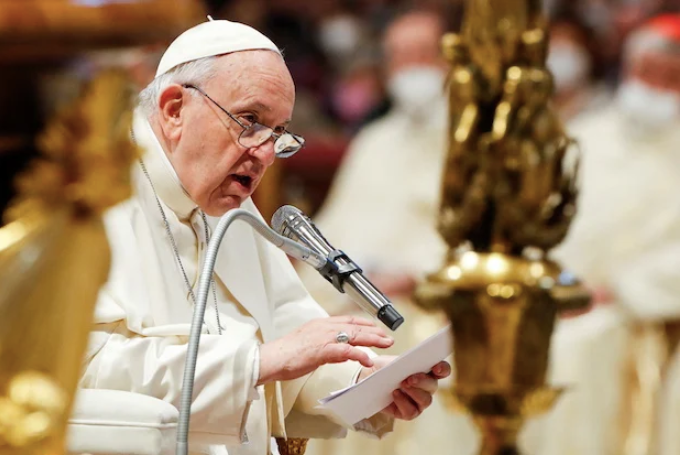 Pope Francis presides over a Holy Mass to mark the feast of Divine Mercy at the Vatican April 24, 2022. REUTERS

VATICAN CITY—Pope Francis on Wednesday urged Catholics to honor the elderly and take care of family bonds, also taking the opportunity to return to the thorny subject of mothers-in-law.

In 2015, Francis sparked laughter on a visit to the United States when he told a crowd of thousands: “Families quarrel and sometimes plates can fly and children bring headaches, and I won’t speak about mothers-in-law.”

Turning his attention once again to family relations on Wednesday, Francis made a long digression on the “mythical character” of the mother-in-law and said they were often the victim of “cliches”.

Devoting his general audience in St Peter’s Square to the relationship between generations, the Argentine pontiff added: “I’m not saying we see her (the mother in law as the devil, but she is always presented in a pejorative way. But the mother-in-law is the mother of your husband and the mother of your wife,” he said.

“We say to ourselves ‘the further away your mother-in-law is, the better’.

“But no — she’s a mother, she’s an elderly person.

“One of the most beautiful things for a woman is to have grandchildren. When her children have children, it brings her to life again,” the 85-year-old pope added.

And he urged daughters-in-law to take care of their relationships with their mothers-in-law.

“…they gave birth to your spouse,” he said. “At least make them happy.”

The pope also had advice for mothers-in-law.

“I tell you, be careful how you express yourselves,” he added.

Pope Francis and the family in crisis

Pope Francis: Look beyond the lights and remember the poor