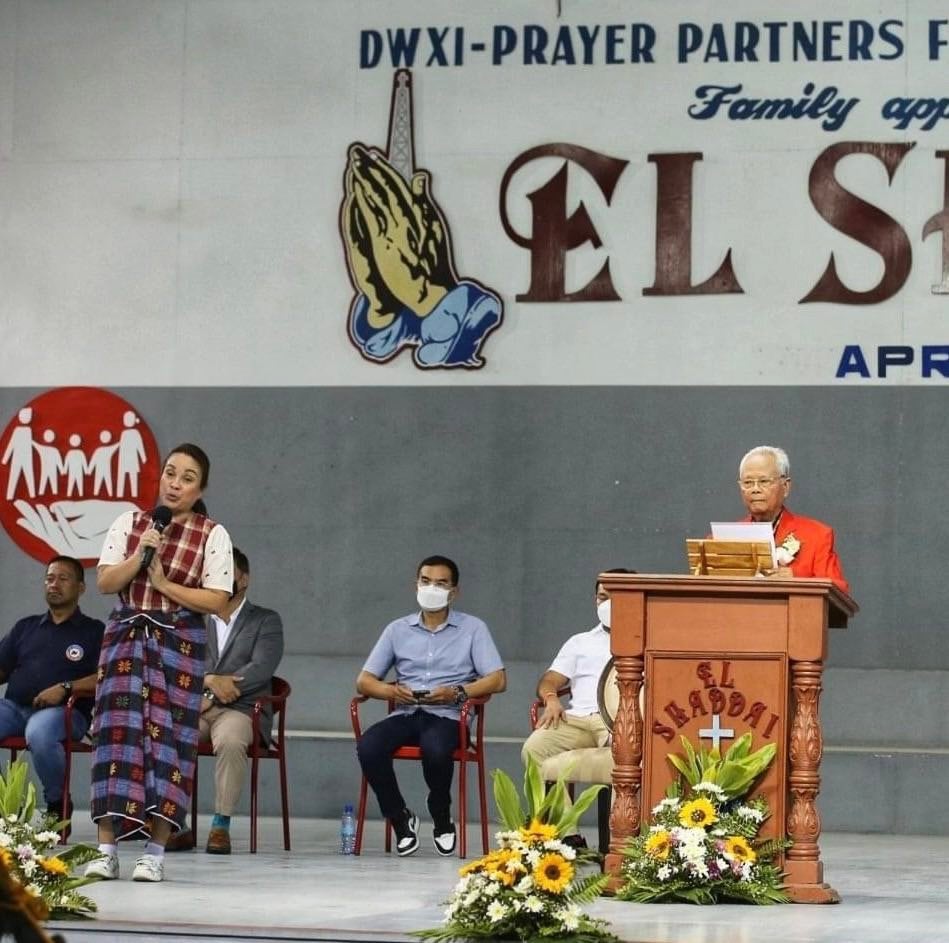 The endorsement came as Legarda took the top spot anew in the latest Pulso ng Pilipino survey on voters’ preference among the 64 candidates for a Senate seat.

Earlier, the non-commissioned Pulso ng Pilipino survey conducted from April 4 to 15 showed Legarda as the top choice among 2,440 respondents polled from the National Capital Region, Luzon, Visayas, and Mindanao Regions.

Recent poll surveys conducted by various polling organizations like Pulse Asia and OCTAResearch ranked Legarda’s in first or second place, indicative of a strong showing in the coming May 9 polls.

Aside from El Shaddai’s endorsement, Legarda was also included in the list of senatorial aspirants being supported by the One Bangsamoro Movement.

In a statement coinciding with the Muslim celebration of Eid’el Fitr, One Bangsa said its leaders and more than one million members throughout the archipelago formed alliances with Muslim Youth Organizations and Muslim Traders Association to strongly support 12 candidates they picked to lead the next batch of senators which include Legarda. /rcg

Legarda: Sustain support for MSMEs to address poverty and unemployment