Close to 2,000 security personnel to be deployed for May 9 elections in Central Visayas 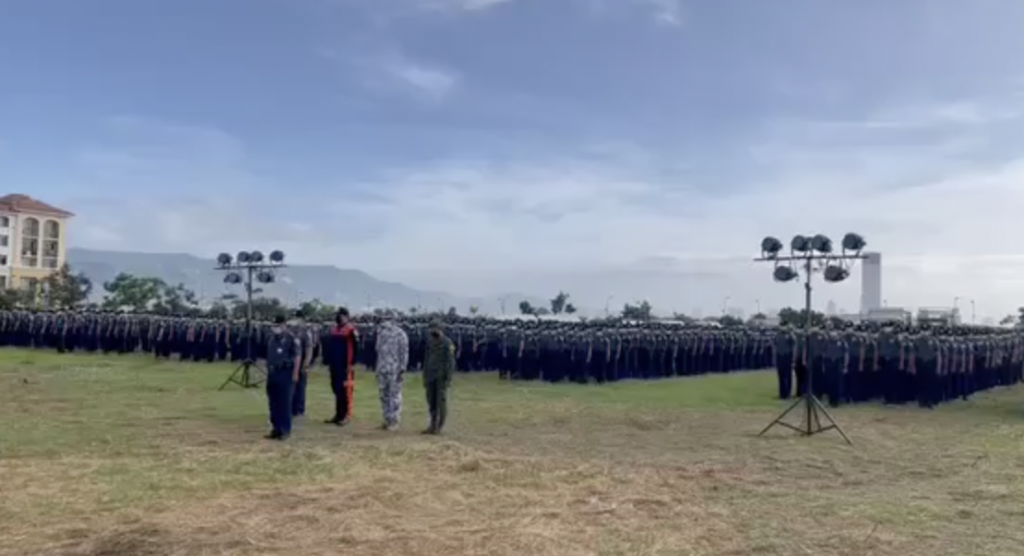 Personnel from the Philippine National Police, Bureau of Fire Protection, Armed Forces of the Philippines, and the Philippine Coast Guard assembled at the Filinvest Grounds at the South Road Properties (SRP) in Cebu City on Wednesday, May 4, for their ceremonial send-off for the upcoming May 9 polls. They will be deployed in various areas in Central Visayas to ensure peace and order during Elections Day. | Photo courtesy of Radyo Pilipinas – Cebu

CEBU CITY, Philippines – Close to 2,000 personnel from different government agencies will be deployed in various parts of Central Visayas to ensure peace and order during the conduct of the May 9 national and local elections.

The Police Regional Office here (PRO-7) on Wednesday, May 4, led the ceremonial send-off at the Filinvest grounds at the South Road Properties (SRP).

In his speech, Police Brig. Gen. Roque Eduardo Vega,  the PRO-7 director, assured the public that the elections in Central Visayas, as well as the days leading to the canvassing and proclamation of winners, will be peaceful and orderly.

“Our government must agree that a safe and stable environment must be provided for an effective electoral process,” said Vega.

“We are not only prepared for the election day but we will also stay alert on our toes for the post-election days,” he added.

Although no official list has been released, the government has initially identified at least 63 areas in Central Visayas that may be tagged as ‘election hotspots.’

In vote-rich province Cebu, while no EWAs were declared so far, the Comelec named at least seven ‘areas of concern’ that should be closely monitored and be provided with additional law enforcers due to their history of election-related violence and geographical location.