Despite challenges in preparation, Cebu City Central School all set for May 9 polls 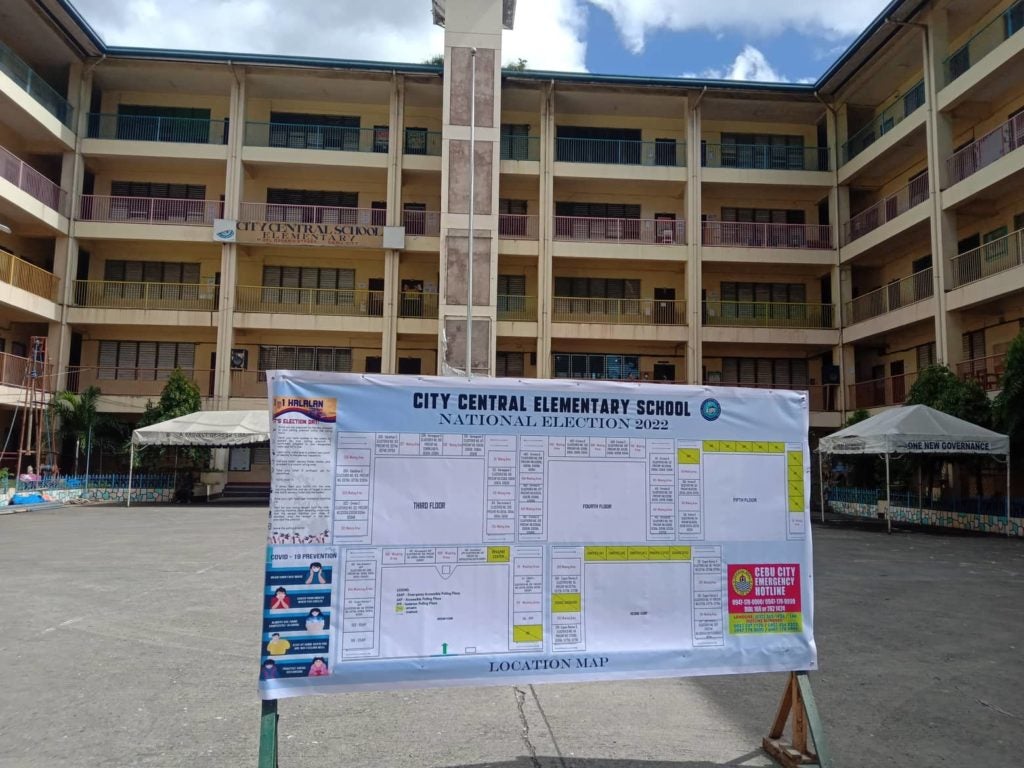 A photo of the Cebu City Central School taken on May 6, 2022, just three days before the 2022 National and Local elections. CDN Digital photo | Wenilyn B. Sabalo

CEBU CITY, Philippines—Around 20,000 registered voters from five barangays here are expected to cast their votes at the City Central School (CCS) during the national and local elections on Monday, May 9, 2022.

Maricon Gumba, the elementary school principal of the CCS, told CDN Digital that they are already geared up for the upcoming elections.

Gumba said it was quite challenging to prepare the school, considering that the 75-room main building of the CCS were utilized as barangay isolation areas for the last three years due to the Covid-19 pandemic. They were just turned back over to them on the last week of April.

The teaching staff of the CCS temporarily held office at the adjacent building of the school’s main building.

Gumba said they already coordinated with the city government, through the Local School Board (LSB), which already promised to give them full assistance.

She said contingency plans are already in place for the elections. Electrical inspections were also made by the personnel from the Visayan Electric weeks prior.

She said the LSB will deploy four personnel to take care of any troubleshooting needs during the day of the elections.

According to Caroll Anne Veloso, the school’s Comelec coordinator, the CCS will cater to about 20,000 registered voters from five barangays. These are Barangays Ermita, Kalubihan, Kamagayan, San Antonio, and Cogon Ramos.

There are 27 polling precincts in the CCS.

The vote-counting machines (VCMs) were delivered on Thursday morning, May 5.

Two of the VCMs encountered technical glitches during the testing on Thursday, but according to Gumba, they already reported these problems to the Commission on Elections (COMELEC).

One of the said machines was already fixed on Thursday and they are expecting to have the other machines fixed on Friday.

Around 80 of the 115 teachers of the CCS volunteered to be Board of Election Inspectors (BEIs). There are 10 who did not volunteer to be BEIs but formed part of the internal task force created by the school, Gumba said.

The CCS also utilized its clinic as an isolation polling precinct for those voters who will exhibit symptoms of Covid-19 upon screening. This is following the mandate of COMELEC to allow those symptomatic voters to still exercise their right to suffrage.