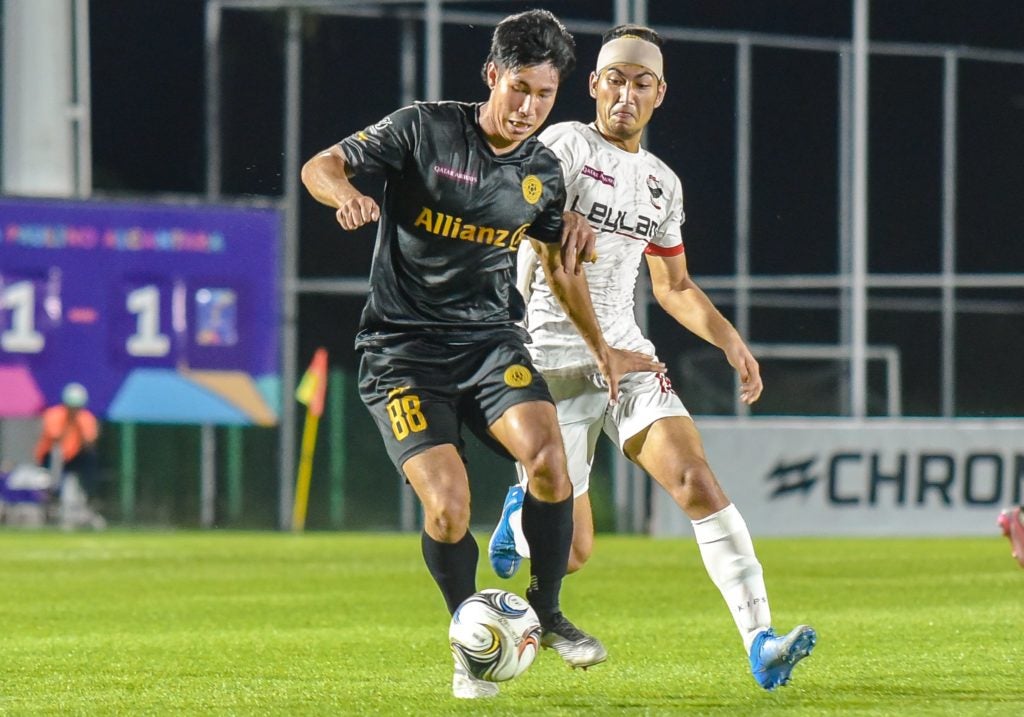 William Grierson of United City FC tries to control the ball while being defended by Turkish striker Arda Çinkir of CFC during their semifinals match last Tuesday in the PFL. | Photo from PFL

This after the Gentle Giants lost to the United City Football Club, 1-0, in the semifinals last Tuesday evening,May 17, 2022, at the PFF training center in Carmona, Cavite.

With the defeat, the Gentle Giants virtually ended their bid to win the Copa Paulino Alcantara title after a promising campaign in the tournament.

The club, comprised of homegrown and Turkish footballers, will play for third on May 22, Sunday, versus the Stallions Laguna FC, which lost to Kaya FC Iloilo, 0-1, in the other semis match.

The Gentle Giants defeated the Stallions in their opening match, 2-0, last April 25.

Despite the loss, the Gentle Giants made their presence felt in the Copa Paulino Alcantara after winning four matches and losing once.

They placed second in the team standings behind Kaya FC Iloilo, which will now face United City FC in the championship match also on Sunday.

“We put it all out there but it wasn’t for us and yet we still feel the sting from that loss. We still have one final game and we won’t show any less heart than we did last night. We owe it to all of our supporters who cheered us on until the final whistle. We read all your messages and we heard all your cheers. Thank you for believing in us win or lose,” the caption to CFC’s Facebook post read.