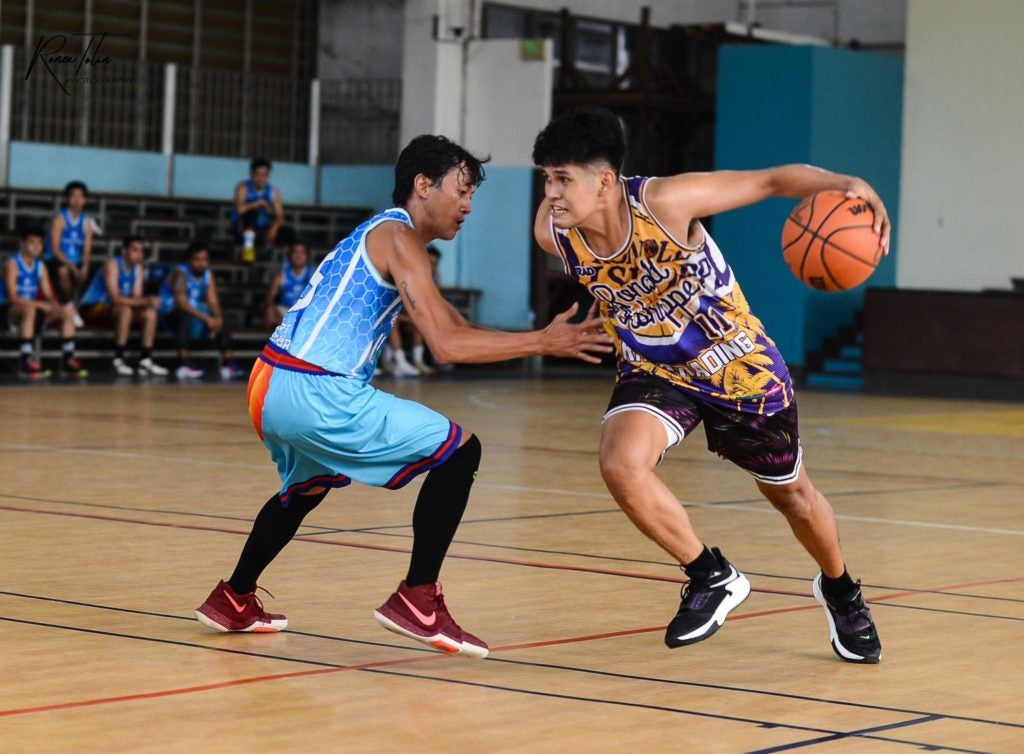 Emmanual Villamor of Ronald O’lshoppe breaks free from the defense of Homesourced’s guard during their MCBL match at the Benedicto College gymnasium. | Photo from MCBL organizer Jax Bautista

Emmanuel Villamor exploded for 52 points with 10 rebounds and three assists to lead Ronald O’lshoppe to its first victory after opening their campaign with a loss.

In contrast, Homesourced absorbed its first loss with one victory in its Group B campaign.

It was Brownian Record’s second straight win while Mahayahay 2 suffered its first defeat with as many wins.

Jordan Isidto was the lone player from Mahayahay to score in double digits after tallying 13 points with seven rebounds, and one assist.

On the other hand, Angel Mary Pawnshop manhandled Black Arch Construction, 116-95, to earn back-to-back victories in Group A.

Angel Mary Pawnshop led by as much as 31 points with Rex Tuazon leading the team with his 25-point performance coupled with three rebounds and one assist.

Lourd Gelasque and Victor Michael Cempron both scored 16 for Black Arch, which now has a 1-1 win-loss record,

Bryan Augusto came out with a 33-point performance and Mark Aton added 18 along with Khurt Bancale’s 15 and Argie Garcia’s 14.

They led by as much as 60 points in the lopsided game.