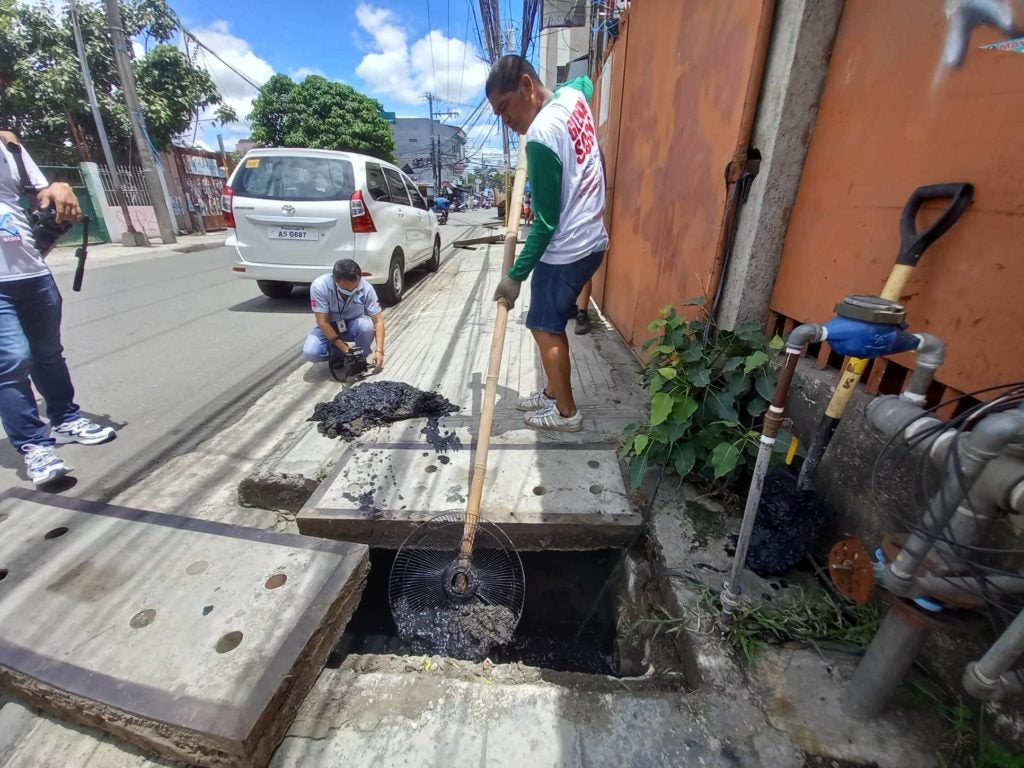 GETTING READY. Barangay personnel from Centro in Mandaue City clean the drainages in their barangay in anticipation of the rainy season.

MANDAUE CITY, Philippines — To prevent flooding, a barangay in Mandaue City has already started cleaning the drainages within its jurisdiction.

Personnel from Barangay Centro headed by its barangay captain Ignacio Cortes II have cleaned the drainage in front of the Mandaue City Central School, in anticipation of the rainy season.

Cortes said the C. Ouano Street in front of the Mandaue City Central School is one of the areas in the barangay where flooding usually occurs.

The village chief said that compared to the other areas of the barangay, the drainage along C. Ouano Street has a lot of silt than garbage.

The Philippine Atmospheric, Geophysical, and Astronomical Services Administration (PAG-ASA) declared the start of the rainy season on May 18.

Cortes said areas in the village where flooding occurs, will be prioritized.

He said they have already requested the Mandaue City Government for a suction pump to help them clean the drainages faster.     /rcg

Read Next
VVOC: No expiring COVID-19 vaccines by the end of June