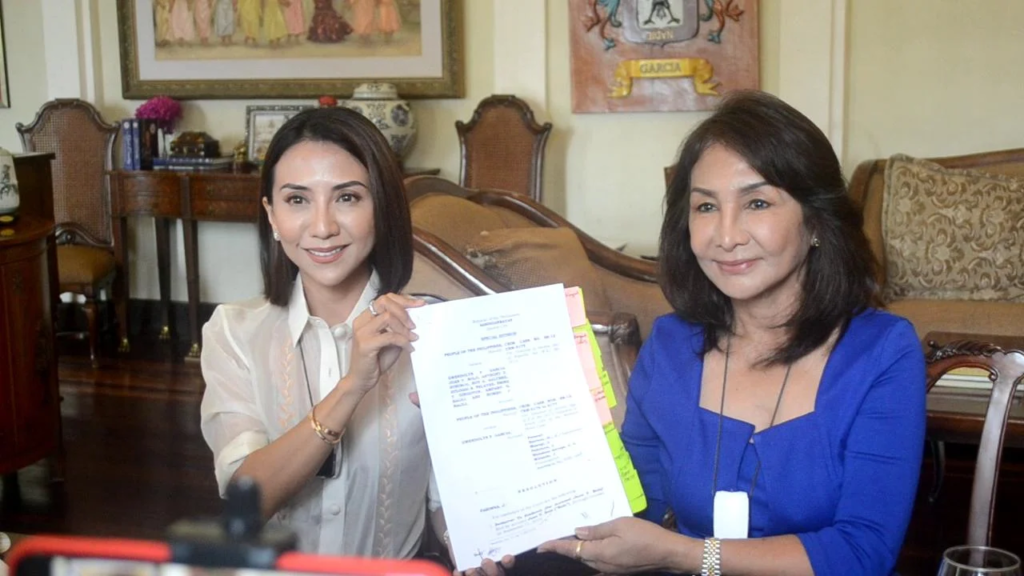 CEBU CITY, Philippines – The future of tourism in Cebu, and the entire Philippines for that matter, is bright.

This was how Cebu Governor Gwendolyn Garcia described what’s in store for one of the country’s key economic drivers under the watch of Liloan Mayor Christina Frasco.

Speaking as a mother and as a governor, Garcia vouched for Frasco’s capabilities to lead the Department of Tourism (DOT).

As a mother, she commended Frasco in her incoming role as the country’s new Tourism Secretary under the administration of President-elect Ferdinand ‘Bongbong’ Marcos Jr.

Garcia added that her daughter’s upcoming stint in the Cabinet made her ’tremendously proud’.

“I would like to say that I am tremendously proud. I know that she will be able to face up to this new challenge, as she has done many times past. She has always shown sheer determination through grit and above all, admirable passion for any responsibility that is given to her,” Garcia told reporters in a press conference on Tuesday, May 31, 2022.

On the other hand, the governor-elect said she looked forward to seeing ‘a better and brighter’ tourism industry in the Philippines, particularly in Cebu.

“With a Cebuano heading the Department of Tourism, we expect great things from Cebu,” said Garcia.

Garcia, however, stressed that she would not be interfering with Frasco’s plans and style of governance as soon as the latter formally takes the position.

“I have full trust and confidence in Christina. And let this be a warning to those who want positions at the DOT, don’t send me your applications. I have no power over that,” she added.

Marcos Jr.’s incoming administration revealed on Monday, May 30, five more individuals who accepted offers to be part of the Cabinet. One of them was Frasco.

While Frasco has yet to disclose her plans and goals for DOT, Garcia believes that she might help the incoming administration in highlighting undiscovered tourist spots around the country, particularly in the countryside.

“Especially since Christina has practically grown up watching our tourist initiatives and the success of such initiatives in the province,” Garcia explained.

Frasco was re-elected for her third and last term as mayor of Liloan town in northern Cebu during the May 9 polls.

She also served as the spokesperson of Vice-President-elect Sara Duterte-Carpio.

Frasco, whose full name is Ma. Esperanza Christina Garcia Codilla-Frasco, began her career as a lawyer in international arbitration and commercial litigation, specifically as a Senior Associate Partner for the Romulo Mabanta Buenaventura Sayoc and Delos Angeles law firm.

She also taught law at the University of San Carlos (USC).