Muse of the Moment

Every once in a while, a muse arrives in a literary circle. Often she’ll turn up multifaceted—a poet, a thespian, an instructor, a composer, an inspiration.

Such is the case of Therese Marie Villarante. An active poet member of Women In Literary Arts (WILA), she played the lead part in  “Facebook, The Musical” and currently teaches literature in Cebu Normal University. She also co-wrote “Song on A Broken String” with multi-awarded composer Jude Gitamondoc. The song made it as a finalist in this year’s Philippine Popular Music Festival.

Read on to learn what works inside this comely versatile artist. 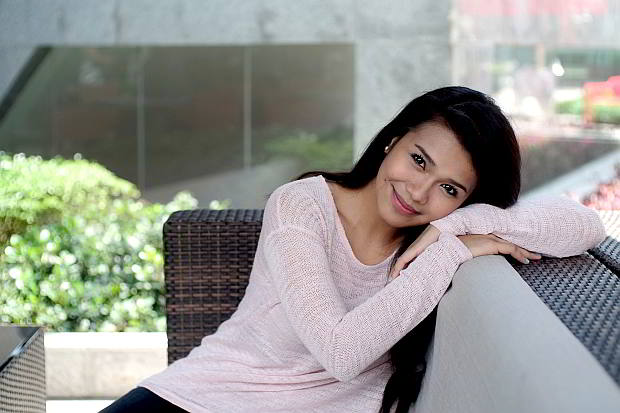 What made you go into theater?
I remember dancing  to   music from the casette tapes that my parents bought for me. One that I listened and sang to over and over were songs from “The Little Mermaid.” I’ve always been fascinated with the musicals I saw as a child.  I guess the spark and magic I feel for it never went away. When I decided to pursue what I loved, which was literature, I also decided to try out my other interests. I auditioned for theater because I wanted to challenge myself. For most of my life, I had been so terrified of taking risks. I needed all those characters to realize who I could be if I were braver.

What was it about theater that appealed to you?
It’s definitely an elevated form of storytelling because it leaps off the page. It’s giving life to the words and being its skin and bones. The people I knew in theater inspired me and pushed me to be better. They’re confident, daring and creative. There is always such great teamwork because everything is actually  happening in the present. Everyone works hard to tell a story we all believe in.

What kind of preparation do you do before a performance?
The real performance is not actually what the audience sees onstage. It’s just a very small part of  it. The real performance is what happens backstage and offstage. The number of practices do not come close to the number of performances. We’ve had so many workshops and exercises to prepare us physically, mentally, and emotionally. Theater has also taught us about acceptance —that when we’re given a challenge, we don’t second guess ourselves. We dive. We give it our best.

Who’s your favorite theater performer?
A lot! If I could name one though, it would have to be Lea Salonga. She started at a very young age but she has never lost her fire. She values every performance. She is a storyteller.

You also write aside from being a literature teacher.
Writing is my first love. I am drawn to the act of storytelling. So whatever form of craft it is, if it’s a story I can invest my heart in, I try to find my place in it. And the reason I’m a teacher is mainly because I want my students to fall in love with literature as well. 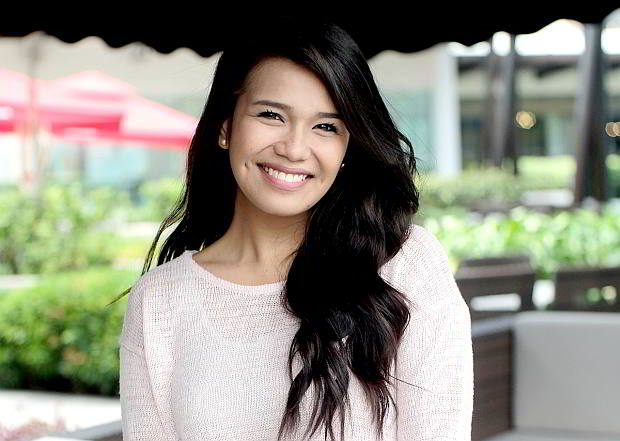 You must be aware that you’re beautiful?
Haha. Yes. But only because I feel beautiful.

Would you consider yourself an ugly duckling in the past? Tell us about your transformation.
I used to be so insecure. But when I did what I love to do, that is how I loved myself better. I know what my talents are now. I know who I can be. And because I’m happy on the inside, it also shows on the outside.

With technology and the advent of reality TV, what’s your take on instant fame?
I am extremely happy to be in a time when social media can be used to share things that are significant to me. It’s much easier to be heard, and found. But when we’re talking about instant fame, I think there must be a change of perspective. More than being recognized in public, feeling good about ourselves, the best kind of fame is when you are recognized for  work that you can be proud of. The real art is in the process and not in the output.

It’s when you have a bigger cause and you have purpose outside your personal gain.

What was it like working with our local performers?
Incredible. I have learned so many things that have helped me grow as a perfomer and as an individual. These are people who believe in me when I barely believed in myself. They have pushed me to be better. I am lucky to have friends who inspire me.

What were your ambitions as a kid?
Writer, singer, actress, and best arm wrestler in the world. 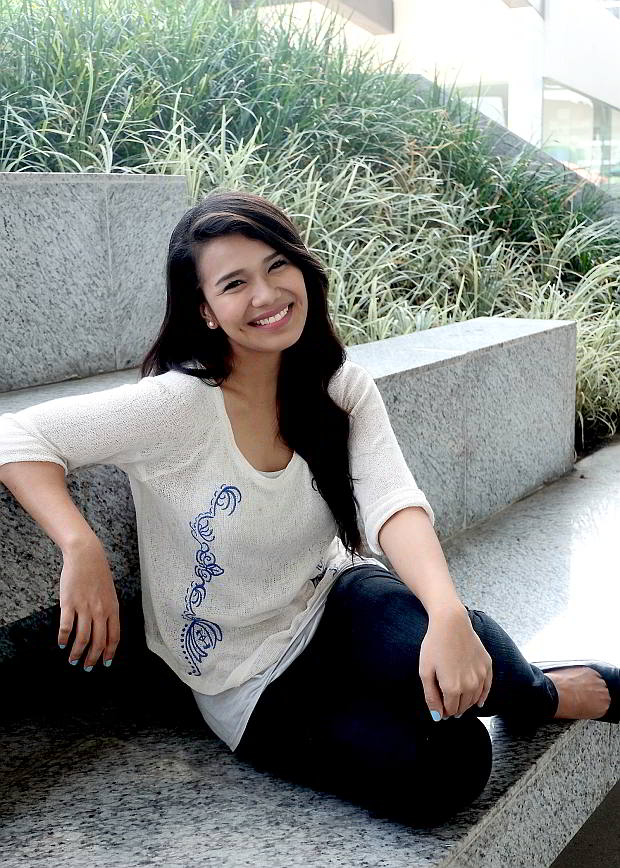 How do you see yourself in three years’ time?
I would like to keep working and creating stories with the same group I’m in. I imagine myself being a much better performer and having more challenging roles. I should have finished writing a novel. I read a lot of young adult books, by the way… and yeah, I want my works to be published. I hope, with all my heart, that I become an excellent teacher and student.

What’s your typical day like?
In the advent of a performance, my typical day would be work from 8 a.m. to 6 p.m., depending on my schedule that semester. I practice at 7 p.m. to 10 p.m. Then, study for my lessons the
following day. Sleep.

What are the causes you’re into?
The appreciation of literature and other forms of art through teachers who are passionate and really interested in their subject matter. It’s always important to motivate younger people to know what their talents are and that they must try to fulfill their full potential. And the use of art to respond to our world’s needs and societal issues.

What are the challenges of the theater industry now?
It’s always difficult to put up a show because of monetary matters. I hope artists in the country are professionalized. That performing, new songs, and new fictional output is not branded as a mere hobby but that we also earn with the equal time and effort we invested in refining our craft.

Do you think movies are a threat to the theater industry?
No. It’s true that there are more moviegoers, but the theater and cinema work good together, too. They both tell stories in different ways, one not less than the other. They’re beautiful in unique aspects. Like there’s Shrek, the movie, and Shrek, the musical. It might be the same plot and story, but they are presented differently. Both beautiful and stunning.

An aside—what would make you join a beauty pagent?
I don’t know. (laughs) I haven’t thought about it.

What do you want to prove as a theater actress?
If you’re waiting for your fears to disappear before you decide to try what looks to be your dream, you will fail because fear never goes away. What I realized is that fear is manageable.
It’s not an enemy. It’s a challenge. You must learn to want something enough to get over your own fears. When I stepped outside to become different characters, that is how I eventually found my voice. To be seen, even as a character,  is allowing yourself to be found in the universe. Until you feel less and less invisible. Until you believe that you are a good story to tell, too.