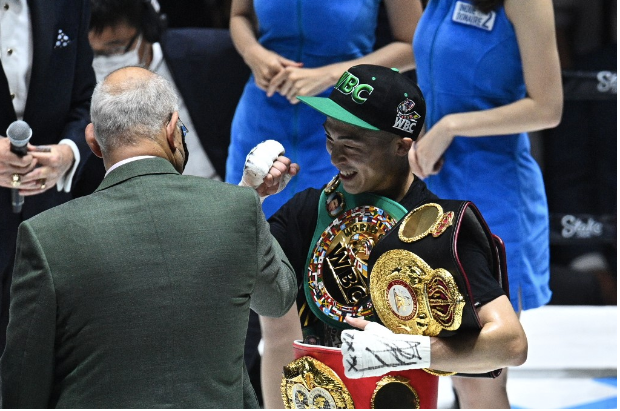 MANILA, Philippines—Naoya Inoue rose to number one in the latest pound-for-pound rankings by Ring Magazine.

Inoue claimed the top spot following a two-round masterclass over Nonito Donaire in their rematch on Tuesday.

The dominant victory now puts Inoue just one belt away from becoming undisputed with the WBC bantamweight title now his to go along with the WBA (Super) and IBF belts.

The 29-year-old Inoue nipped unified heavyweight champion Oleksandr Usyk in the standings with the Japanese garnering five votes to four.

Inoue was third in the previous edition behind Usyk and Terence Crawford.

Inoue improved to 23-0 with 20 knockouts and now has his sights set on a potential clash with WBO champion Paul Butler before possibly moving up to 122 pounds.