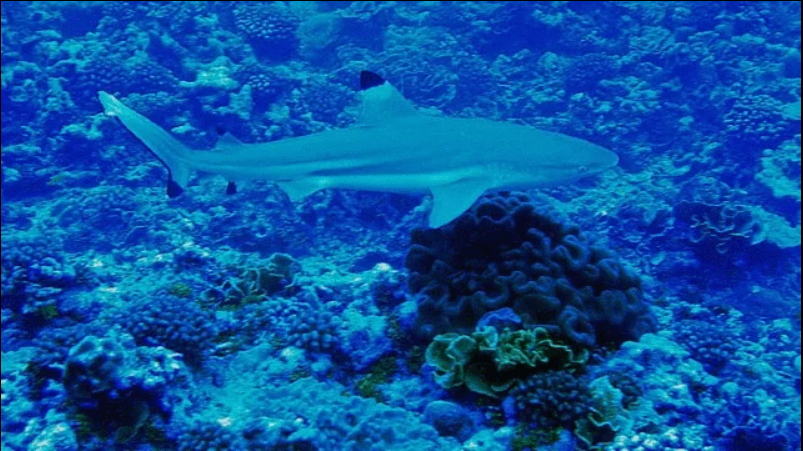 A photo of a blacktip shark. | photo from Lapu-Lapu CAFO

LAPU-LAPU CITY, Cebu — Officials in Barangay Sabang in Olango Island want to declare the seawater where blacktip sharks are found as a marine sanctuary.

Alex Baring, the head of the Lapu-Lapu City Agriculture and Fisheries Office (CAFO), said that the blacktip sharks need to be protected, especially since tourists are already visiting the area to see the sharks.

He said that by declaring the area a marine sanctuary, activities in the area can be regulated and the sharks can be protected.

(The blacktip sharks have been in Sabang for a long time now. That’s why tourists and divers flock to the area. Sad to say that they haven’t been protected since it isn’t declared a sanctuary.)

Baring said that preserving the blacktip sharks in the area would attract more tourists to visit the city.

On June 18, 2022, Baring said that they will be conducting a reef assessment and baselining in the area to identify other marine species inhabiting the seawaters off the Sabang coast.

The Bureau of Fisheries and Aquatic Resources (BFAR), Baring said, will also be present in the activity.

The baselining will include the determination of the population of blacktip sharks in the area.

He added that the barangay has already approved an ordinance declaring the area a marine sanctuary, but this will still need to pass the city council first.

(An ordinance has to be made. This couldn’t be done without an ordinance.)

Blacktip sharks (scientific name: Carcharhinus limbatus) are carnivores that grow up to eight feet, according to the National Geographic. It can weigh from 66 to 220 pounds.

They are found in warm coastal waters around the world.

The International Union for Conservation of Nature (IUCN) lists the blacktip sharks as near threatened.