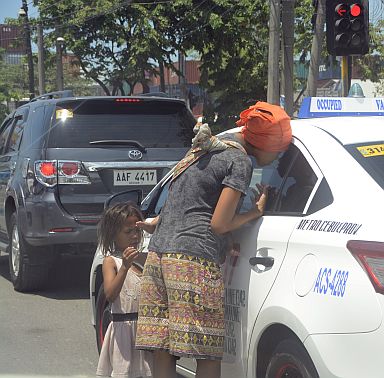 CEBU CITY, Philippines — A total of 50 mendicants were rescued in Cebu City in a joint operation conducted by the police and Cebu City government personnel on Friday, June 24, 2022.

Among those rescued is a couple from Mindanao. Parilla said that the couple two expressed willingness to go back to Marawi City wherein they are natives of.

For now, Parilla said that the city government, particularly the Department of Social Welfare and Development (DSWD) and the Anti-Mendicancy Task Force Office, will process the needs of the couple and the others who were rounded up.

(That is what the city is working on if we can provide them with the free fare to Marawi…they were among those who evacuated here during the height of the Marawi siege in 2017.)

Parilla said that the rescue of mendicants is one of the directives of Cebu City Mayor Michael Rama to the police.

Despite their efforts, Parilla admitted that mendicants who will be rescued will eventually go back to the streets. This, he said remains to be one of their biggest concerns.

(Some of our rescues would still return to the streets. That is one of the concerns that our new city council will have to study and focus on, what ordinances to formulate to address this problem.)

For the minors who were rescued begging for alms on the streets, Parilla said that they have not received reports that they are under some groups or syndicates.

However, he said they will continue to monitor this possibility to prevent these kids from being exploited and used for criminal activities.

Parilla further stressed that they will still implement the 12-midnight curfew for minors in the city.    /rcg