Governor Garcia thanks Cebu Provincial Board for ‘unity’ 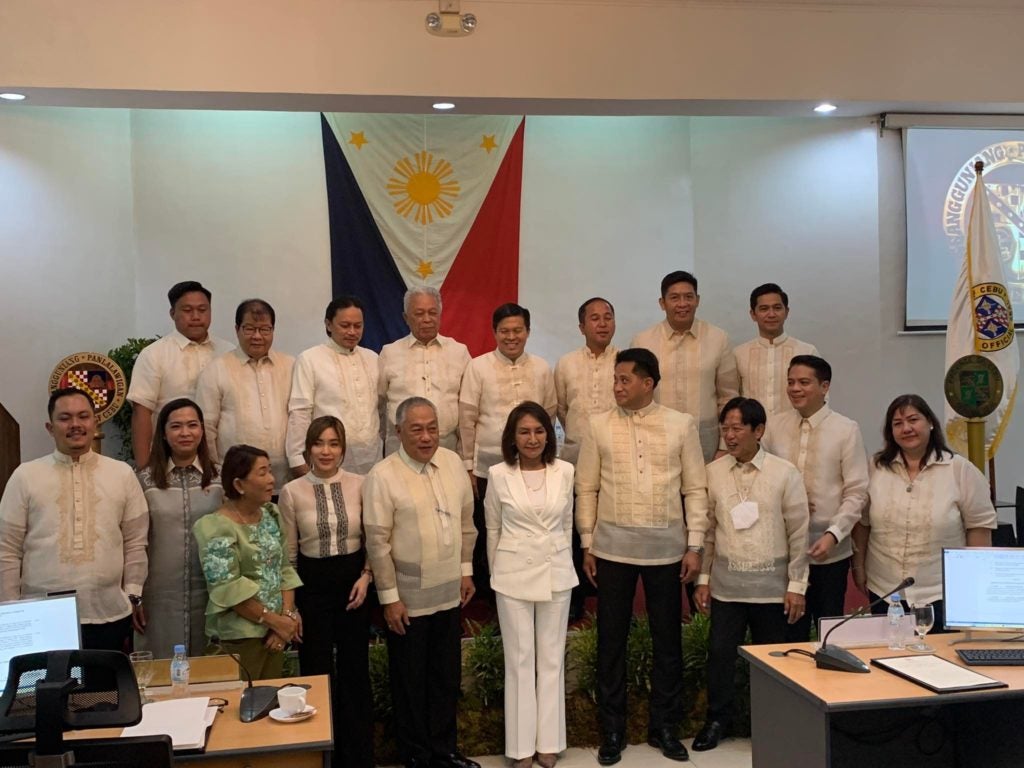 The members of the 16th Provincial Board take time out for a photo opportunity with Cebu Gov. Gwendolyn Garcia during a break in the inaugural session of the 16th PB today, July 4. | Morexette Marie B. Erram

CEBU CITY, Philippines — It’s their 1st day back at the Capitol since the May 2022 national and local elections.

And for Cebu Gov. Gwendolyn Garcia, she hoped that that ‘unity’ of the executive and legislative branches showed in the past three years.

The 16th Sangguniang Panlalawigan, or the Provincial Board, formally convened on Monday, July 4 for their Inaugural Session.

The legislative also invited Governor Garcia where she gave a speech, thanking the Capitol’s legislators for supporting and backing her office’s plans and initiatives in the previous years.

For the governor, who was reelected like most members of the Provincial Board for another three years at the Capitol, it was unity that enabled the provincial government to achieve its goals.

“We rose above of our own personal feelings and interests and biases as we took the oath and that is to serve well and faithfully,” said Garcia.

In turn, Governor Garcia said she hoped that the ‘unity between the executive and legislative’ would remain in the next three years.

“I hope that such a picture of us working together once again will evoke hope and optimism…We shall soar higher, and we shall continue to maintain our status as the No. 1 province in the entire country,” she said.