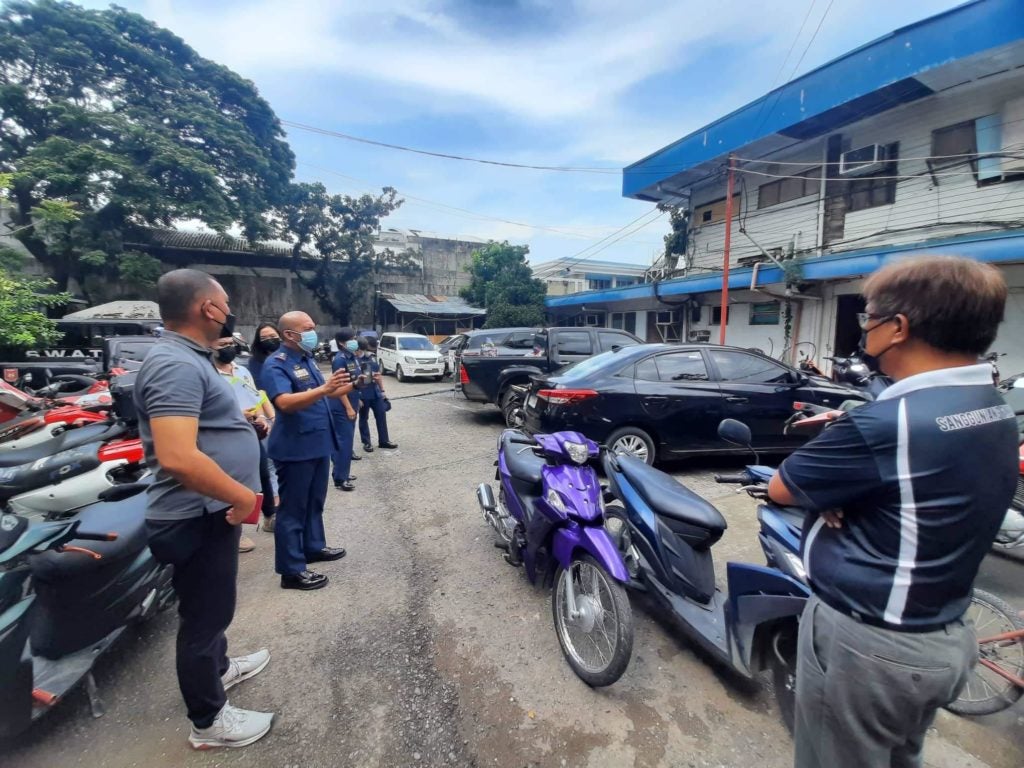 A Cebu City government architect on Tuesday, July 5, 2022, inspects the area where a five-storey building of the Cebu City Police Office (CCPO) is expected to be built. | contributed photo

Police Lieutenant Colonel Maria Theresa Macatangay, information officer of the Cebu City Police Office (CCPO), confirmed this as a Cebu City government architect inspected the area where the new building is expected to rise inside the CCPO headquarters on Tuesday, July 5, 2022.

Macatangay said that the construction of this new building will not only boost the morale of the city police, but also improve the dignity of each police officer to act and perform their duties.

“Naa sya’y elevator, naay designated parking sa ilalom sa building. Parking is one of the perennial problems here in Sotero Cabahug and hopefully, with that particular structure, we will be able to resolve this issue,” Macatangay said.

The old buildings of the CCPO will be demolished and will be replaced by this five-storey building.

Macatangay said that the construction of this building will be in phases and each phase has a budget of P50 million. The local government will shoulder the expenses of this structure.

Macatangay said that the layout and site inspection for this project is ongoing and that the groundbreaking will happen anytime soon.

“After ground-breaking, all old buildings will be demolished and the construction will start,” she added.

Macatangay assures the public that services will not be affected with the construction of this building.