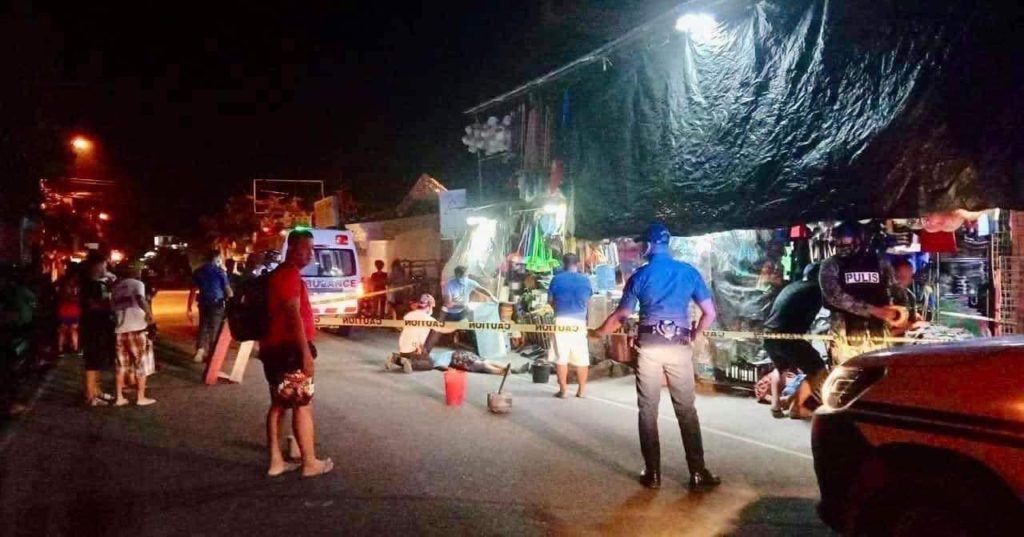 CEBU CITY, Philippines — Talisay City Mayor Gerald Anthony “Samsam” Gullas is offering a P50,000 reward for those who can give information about the suspect in the shooting incident that killed a store owner in Barangay Tabunok last July 3, 2022.

Police Lieutenant Colonel Randy Caballes, chief of the Talisay City Police Station, confirmed this, adding that they have identified at least three persons of interest (POI) in the killing of Leonora Carlos, a store owner shot in front of her store in  Barangay Tabunok.

The names of these POIs surfaced from statements from the victim’s relatives when asked if they had any idea on who might have done this to Carlos.

Caballes said that they are looking at two possible angles behind this shooting: business and personal affairs.

Carlos was shot on the head by a gunman onboard a motorcycle just in front of her store in Barangay Tabunok, Sunday evening, July 3.

Caballes said that they have already checked copies of security cameras from nearby establishment and that these cameras were able to film the suspect.

They are now comparing the images taken from CCTV footage if they resemble any of the POIs.

Caballes said they talked with Mayor Gullas last Wednesday and this is when the latter told him about the P50,000 bounty.

With this, Caballes is asking the  public to visit their station, call or text 09154347162/272-8872, if they have any information that can help with the investigation.