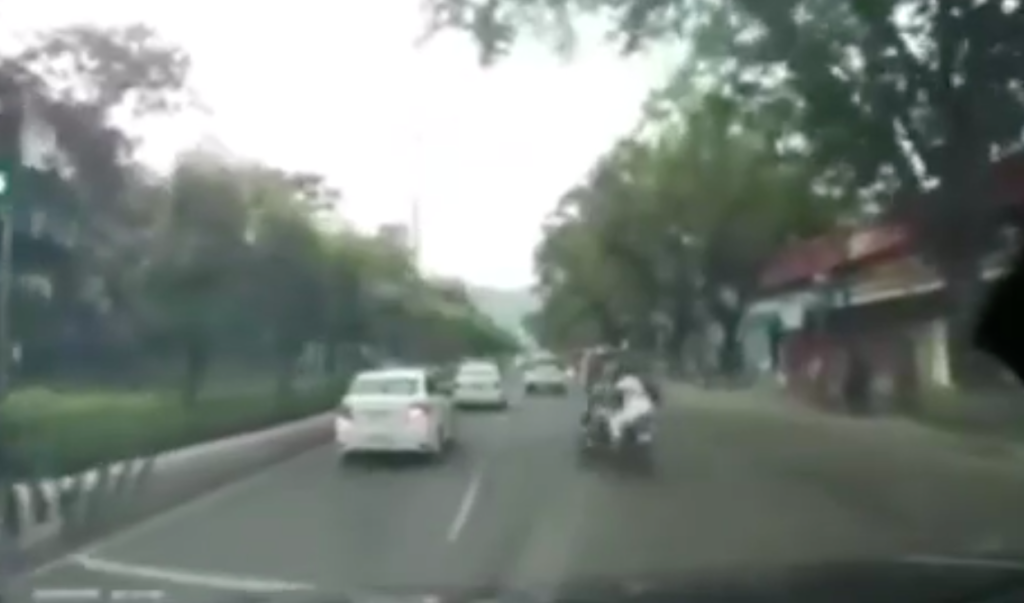 Here’s a screenshot of the viral video of a nurse going after a snatcher along Osmena Boulevard in Cebu City last July 7, 2022. | screengrab from iFM video

CEBU CITY, Philippines — Police here are reminding the public to be vigilant as snatching incidents have been on the rise recently.

Police Lieutenant Colonel Maria Theresa Macatangay, information officer of the Cebu City Police Office (CCPO), said that they have realigned their police deployment in the city and directed all 11 station commanders to review or study their crime statistics following cases of snatching incidents in the city, which was highlighted recently when one incident was caught on video.

Police observed that there is a rise in the number of snatching incidents in Cebu City in the past few months, especially when COVID-19 restrictions eased.

Data of snatching incidents in the city was unavailable as of this posting but police assured the public that all cases were solved.

“There are inspectors being assigned in different areas in Cebu City to ensure that these deployments are being followed by the station commanders. Hopefully, with this current reorganized deployment, we can minimize the number of theft incidents in our AOR (areas of responsibility),” Macatangay said.

One snatching incident was caught by a motorist’s dash cam.

In the video shared first by iFM, the victim, who was a nurse, managed to tackle the snatcher who was on a motorcycle along Osmeña Boulevard on July 7, 2022.

The victim went to the Abellana Police Station and filed a blotter report about the incident. He was fortunately able to get back his phone but the suspect managed to escape as he was able to board his motorcycle after being tackled.

Macatangay said that aside from the police, they have also been closely working with force multipliers to address this problem.

However, Macatangay admitted that they could not deny that the CCPO’s total population exceeds their ideal ratio based on at least a million total population of Cebu City residents. CCPO has at least 1,000 police personnel.

“Our ideal police to population ratio is 1:500. And we take to account the current numbers that we have, naa tas mga 1:2000 if I am not mistaken. So dako-dako gyud ug lapad-lapad. That’s why we have incorporated in our patrol systems the aid of our barangay tanods, other force multipliers, and other volunteers,” Macatangay said.

Meanwhile, to minimize the chances of being victimized by snatchers, Macatangay shared these following reminders to the public:

1. Always be aware of your surroundings and your belongings.

2.Take note of the contact numbers of all police stations in the city for faster reporting.

3. Have a buddy with you when going outside.

4. It’s better not to bring phones and other pieces of jewelry when going to public places, especially when commuting by public transportation.

Macatangay also reminded the public to be careful about fighting back against criminals.

Although the nurse was able to recover his phone, things could have gone bad if the suspect had a firearm, which is usually the case.

“I think everyone must assess the situation first before doing anything. If tan-aw nila, kaya nila i stop, hold, even arrest immediately, they can do that if they think kaya nila. If they feel or they see that they are armed and dangerous, bigger or stronger than them, I suggest that they should think twice about stopping the perpetrator by themselves,” she added.