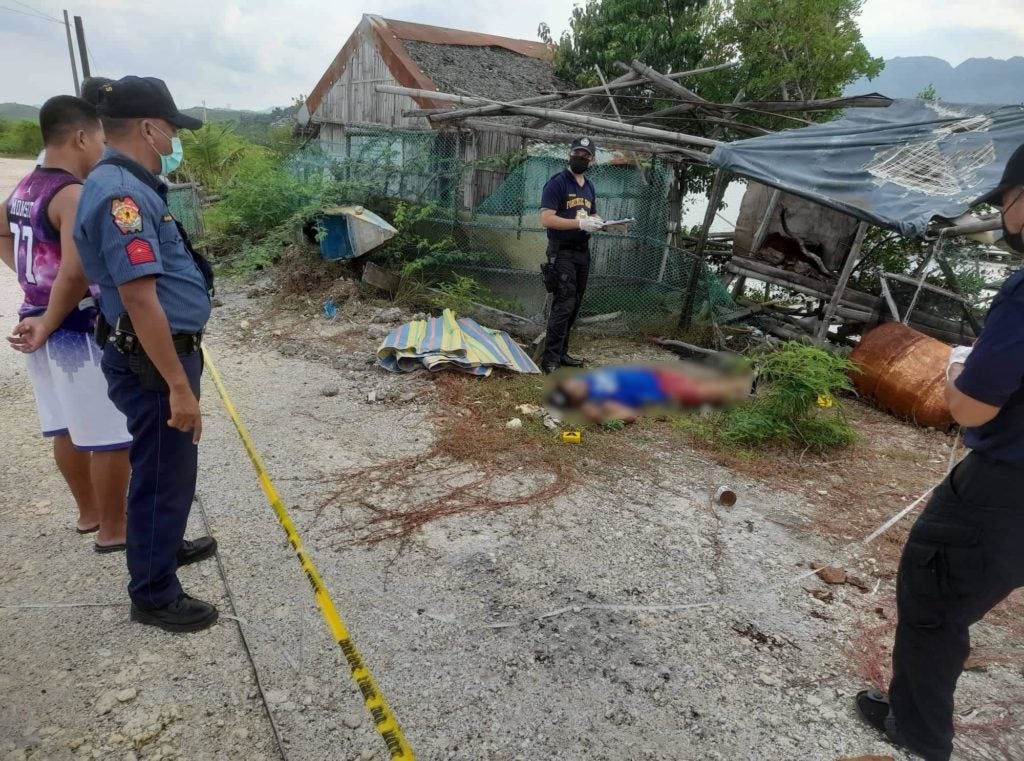 A 61-year-old fisherman was found dead with a gunshot on the right side of his chest, on Monday, July 11, 2022, in Barangay Dawis Norte, in Carmen town. | Photo courtesy of Carmen PS

CEBU CITY, Philippines — Police in the town of Carmen, Cebu are now considering suicide as the possible cause of death of a fisherman in Barangay Dawis Norte on Monday afternoon, July 11, 2022.

The fisherman, identified as Gerson Abarquez, 61, was found lifeless with a gunshot wound on his right chest near this makeshift shanty.

Police Major Eric Gingoyon, chief of Carmen Police Station, said that police are coordinating with the family to try to find out how the victim was able to get hold of a firearm. He added that they were not able to establish the possible motive as the victim had no known enemies in their area.

LOOK: A fisherman was found dead in Carmen, Cebu

Quoting the outcome of their investigation, Gingoyon said that they considered this incident a case of suicide, the victim only sustained one gunshot wound on his chest and the firearm used was left near the victim’s feet.

“Usually, criminals under the heat of extreme anger or even hired killers will shoot their target as much as they could to ensure their death and always see to it not to leave traces of evidence in the crime scene,” Gingoyon stated.

Other than that, police also said that the victim had no known enemies in their area and had no reported enemies prior to his death.

Further, Gingoyon said that the incident was committed in broad daylight and that the crime scene was located in an open area which will probably discourage any criminal from committing a crime.

The place also has one entry and exit point.

The statements of  Mario Lacno, a canteen worker, who greeted the victim in the early morning on Monday or a few hours before the incident and other witnesses disclosed that Abarquez appeared to be sad and depressed that day.

Lastly, Gingoyon said that there is an indication of close contact fire.

Read Next
PH peso slides further at 56.37 against US dollar