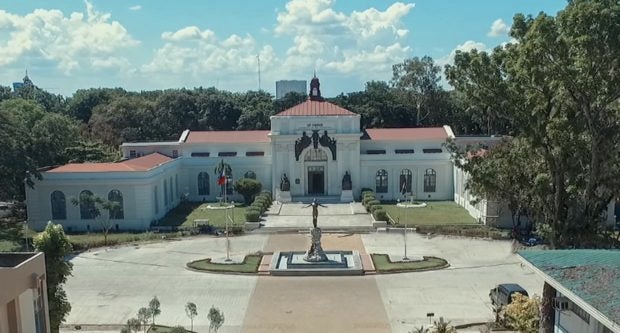 The UP Visayas campus in Iloilo. (Photo from its Facebook page)

BACOLOD CITY, Negros Occidental, Philippines —The student council of the University of the Philippines (UP) Visayas based in Iloilo province has denounced the decision of the school administration to require students who are part of the LGBTQIA community to first send a letter before they would be able to dress up according to their gender preference during their commencement exercises on July 21.

The student council said they earlier sent a letter to the Office of the Chancellor, requesting for a “more lenient dress code.”

The chancellor, in response, allowed graduating students to dress according to their gender preference as long as it conforms with the university’s guidelines — formal clothing with the “sablay” — to preserve the solemnity and dignity of the graduation, the student council said in a statement on Saturday.

But during the graduation orientation on Friday, graduating students were told that those who would not want to conform to the “heteronormative” standards of clothing must send a letter, explaining their gender identity and expression.

The student council said the move of the school administration with regard to the graduation dress code disrespected the students’ gender identity and disregarded their right to gender expression.

The council called the dress code policy “outdated” and appealed to the UP system to review and recalibrate this requirement.

UP’s usual attire combinations for its graduates included ecru Filipiniana for women and barong Tagalog for men, both of which were worn with the sablay, an indigenous loose garment that is traditionally used during formal occasions and is worn like a sash.

Even before the release of the student council’s statement, many UP Visayas students have already expressed their discontent over the university’s dress code.

UP shifts to blended learning