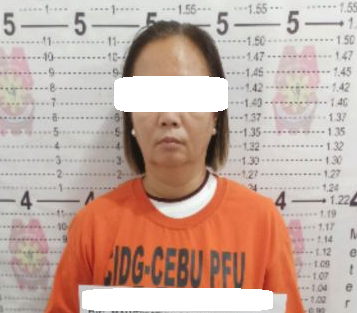 Former distributing clear of the Land Transportation Office (LTO-7) was nabbed with 46 served warrants of arrest against her last July 5, and recently on July 12, 2022.

Police Colonel Ireneo Dalogdog, chief of CIDG-7, identified the accused as Marissa Veriña, listed as the Top 1 Most Wanted Person in Cebu Province. Dalogdog said that a total of 46 warrants of arrest were served against Veriña.

Veriña’s violations include the Anti-Graft and Corrupt Practices Act, and the Malversation of Public Funds Thru Falsification of documents, among others. Veriña is currently detained at the CIDG-7.

Dalogdog said the accused worked with LTO-7 from December 1999 to September 2017 first as an office clerk.

Part of her job was to issue a check payroll to all the employees of the agency within the region. She was also tasked to disburse the budget for administrative and operational purposes.

After allegedly committing the lawless activities, Veriña went into hiding in Shanwi, China but eventually came back to the Philippines after a few weeks and relocated either to Lapu-Lapu City or Minglanilla to avoid arrest.