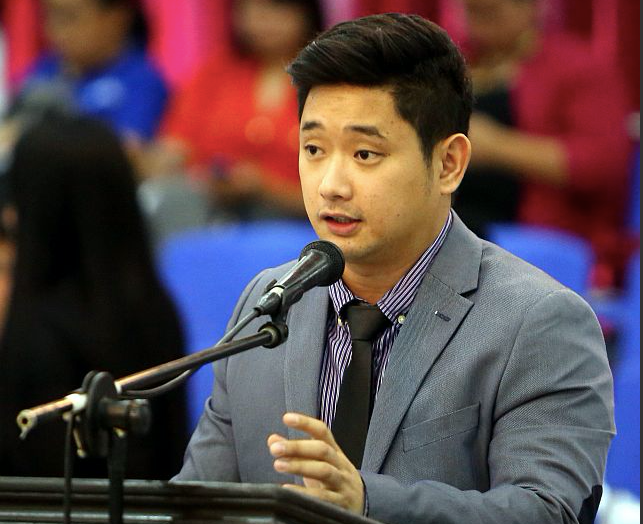 CEBU CITY, Philippines — The League of Municipalities of the Philippines in Cebu province (LMP-Cebu) has a new president.

Daanbantayan Mayor Sun Shimura was unanimously voted to lead the group during their convention held in Seda Hotel Central Bloc on Friday, July 15.

In a phone interview with reporters on Friday, Shimura thanked the mayors of Cebu province for their ‘full confidence and trust’ in him.

“Pasalamat lang gyud ko. I know, and I told them it’s a very big shoes to fill in being a successor of no less than our Department of Tourism Secretary,” Shimura said.

According to Shimura, members of LMP-Cebu passed a motion en masse to nominate him as their new president. He described it as a surprising development.

“I was very shocked with the motion… Nevertheless, dako gyud akong pasalamat sa atong mga mayors for their full trust and confidence in having me as their next president,” he added.

The new set of LMP-Cebu leaders was also revealed during Friday’s convention.

On the other hand, Shimura assured members of LMP-Cebu that under his leadership, they will continue to foster unity.

“Together, we will continue the unity we have in the past three years. Despite the pandemic and calamities that Cebu island have faced, we will conquer these problems together,” he added. /rcg

Consolacion mayor open to being chosen as LMP-Cebu president