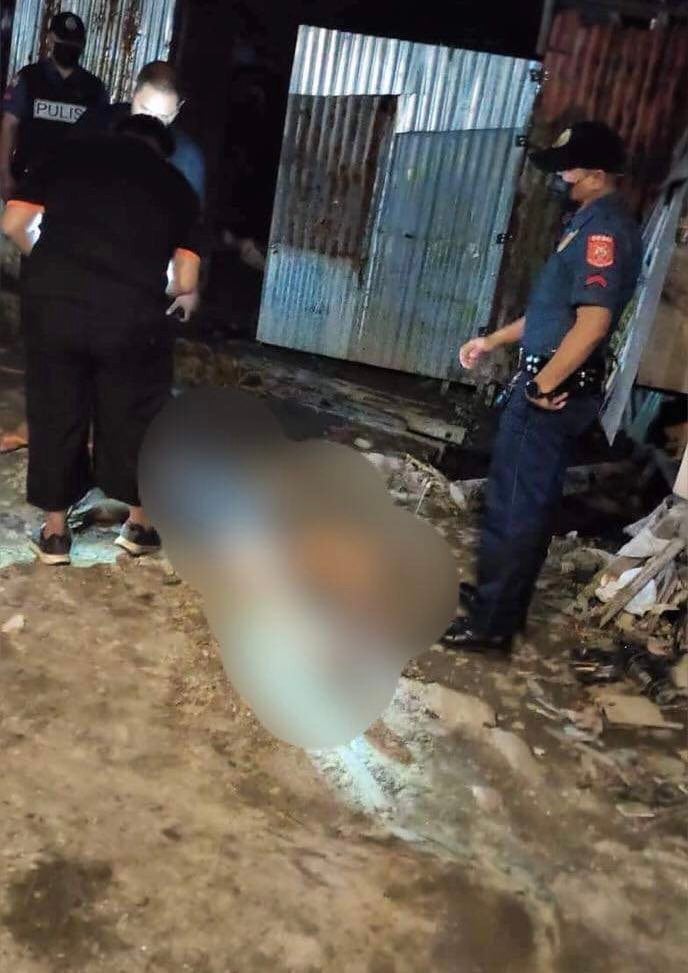 A woman, believed to be a drug personality, was gunned down past midnight on Saturday, July 16, 2022, in Sitio Bayutan, Barangay Duljo Fatima, Cebu City. |contributed photo

CEBU CITY, Philippines — A woman whom police believed to be involved in illegal drugs was gunned down in Sitio Bayutan, Barangay Duljo Fatima in Cebu City past midnight on Saturday, July 16, 2022.

Police believed that the alleged involvement of Negra in illegal drug activities could be the reason behind her killing.

Taneo also identified a certain Jeffrey as the person of interest in this incident.

Taneo said that the two could be members of the group engaged in alleged illegal drugs in the area.

Taneo added that they pointed to Jeffrey based on the interviews they had with the residents in the area.

Quoting the initial information that they have, Taneo said that Negra was just standing in an interior area around 12:20 a.m. on Satuday when she was shot three times by Jeffrey in the different parts of her body.

Taneo also revealed that they have received reports that Negra owned a house in Barangay Tangke in Talisay City aside from another house she owned in Duljo Fatima.

He also questioned Negra’s presence in the area at past midnight in a “not so well-lighted” portion of Sitio Bayutan.

Police have yet to confirm the kind of firearm used by the suspect as well as the result of the autopsy to determine on which part of her body she sustained fatal wounds.

Taneo also admitted that Duljo Fatima has been used as a meeting place for outsiders conducting illegal drug activities.

Taneo said that they will continue to conduct anti-illegal drug operations in the area to deter illegal activities there.

Police identified the victim as Mario Buot Sr., a resident of Barangay Cogon Cruz in the said city.

According to the police report, Danao City police received a call around 7 a.m. about a shooting incident in the said barangay. Initial investigation revealed that the victim was riding his motorcycle when the perpetrator shot him three times hitting his face and some parts of his body.

No one was able to recognize the suspect who was wearing a red sweatshirt and a pair of pants at that time.

Police are conducting further investigation of this incident.    /rcg