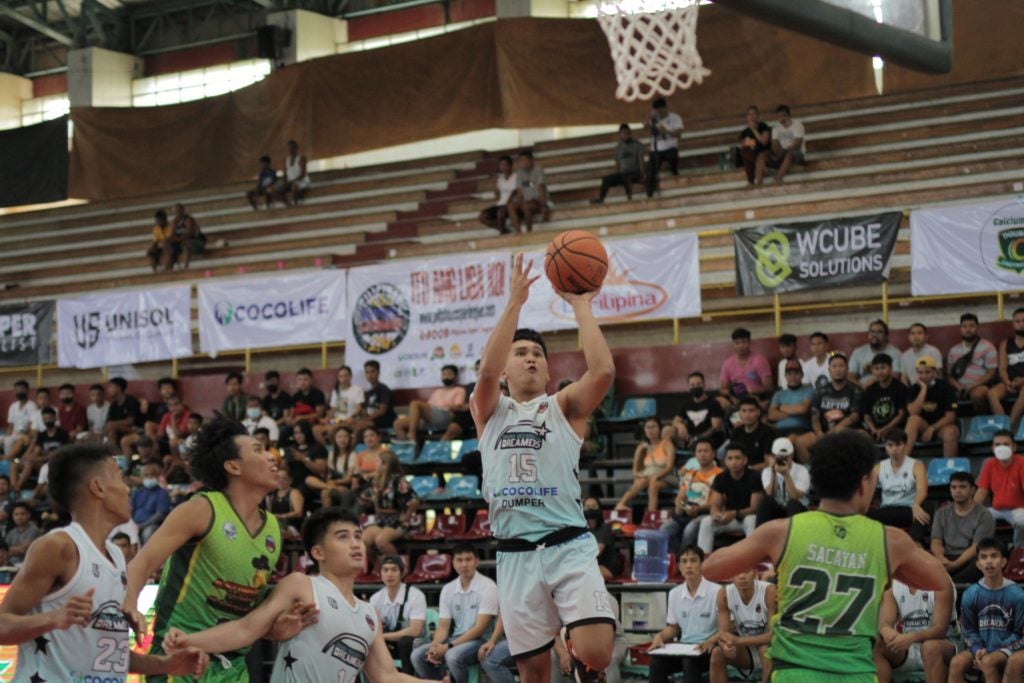 Davao Occidental’s Christian Malano floats for a basket during their game against the Asturias Corn Ranchers. | Photo from the PSL Media Bureau

However, on Friday evening, the Dreamers showed why they’re one of the feared teams in the league by dominating both ends of the floor, forcing the Ranchers to commit 29 turnovers while converting 37 points from them.

They also displayed their offensive prowess by scoring 26 fastbreak points.

Christian Malano topped the Dreamers with 22 points from 9-of-12 field goals. He added an assist and one steal.

Forward Jude Bagay chipped in 13 points and grabbed one rebound while their leading scorer Rainer Maga, who had an impressive outing in the opening game, had an off night, scoring only eight points.

The Ranchers looked good in the opening minutes with a three-point cushion, 6-3.

However, the Dreamers retaliated with a 7-3, run courtesy of Malano’s back-to-back baskets then sealed the first half with a 14-point lead, 52-38. They had their biggest lead at 22 points for their first win of the tournament.   /rcg

Read Next
Hidilyn Diaz, weightlifting icon, set to tie the knot with fiancé-coach in Baguio