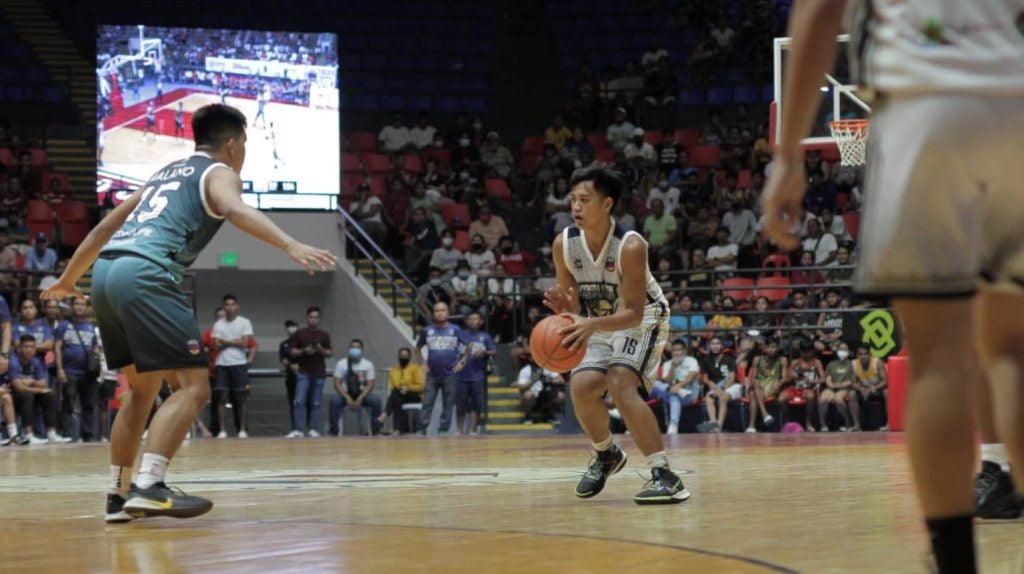 Consolacion’s Froiland Maglasang during their game versus Davao Occidental in the PSL 21-under opening game in Toledo City on Thursday evening, July 7, 2022. | Photo from PSL Media Bureau.

Cebu City, Philippines—The Consolacion Sarok Weavers scored a 76-72 win over the Davao Occidental Dreamers in the opening day of the Pilipinas Super League (PSL) 21-Under VisMin Leg on Thursday evening, July 7, 2022, at the Toledo City Megadome in Toledo City, Cebu.

The Sarok Weavers, the PSL 21-U Aspirant’s Cup Invitational Champion, escaped an equally determined Dreamers squad to start their bid strong in this promising regional league.

In the first game of the double-header tip off, the Bukidnon Cowboys banked on a late surge to take down the San Fernando Buffalos, 75-60.

Ivo Salarda led the Cowboys with his double-double performance of 16 points and 13 rebounds.

In the second game, Froiland Maglasang had a superb outing of 22 points, five rebounds, and two assists to help Consolacion chalk up the victory in the PSL 21-U VisMin leg opening day.

Consolacion big man Matt Flores, meanwhile, was a point shy from logging a double-double performance. He scored nine points and grabbed a whopping 22 rebounds. He had two crucial free throws that kept his team in front down the wire.