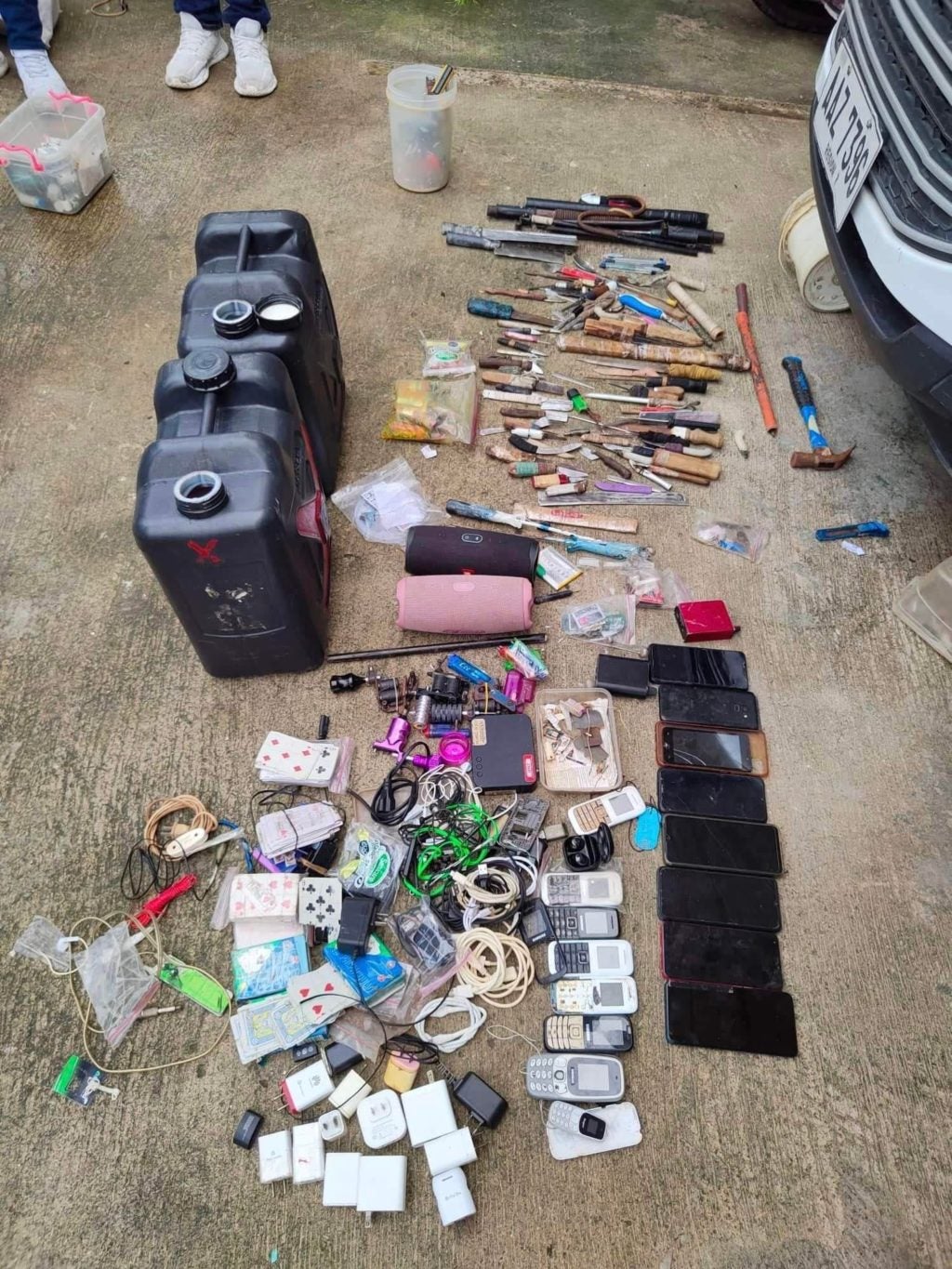 CEBU CITY, Philippines — Improvised weapons, cellular phones, chargers, speakers, and two gallons of homemade wines were among the items that were confiscated during the greyhound operation conducted at the Cebu City Jail male dormitory in Barangay Kalunasan here on Tuesday dawn, July 19, 2022.

The search team composed of personnel of the Philippine Drug Enforcement Agency in Central Visayas (PDEA-7),  Cebu City Jail and Cebu City Police Office, did not recover illegal drugs during the operation.

This surprise greyhound operation started around 3 a.m. and lasted for about four hours.

A total of 225 personnel from the three agencies took part in this greyhound operation. The jail facility houses a total of 6,938 inmates, wherein 80 percent are drug offenders.

Jail Superintendent Jose Rusylvi Abueva, the jail warden of the facility, said that they conduct greyhound operations regularly but randomly. This, he said, is one way to stop further use of contrabands such as cellular phones.

The confiscation of cellular phones may be vital in the anti-illegal drugs campaign of the city as it can be recalled that police said some drug personalities arrested in previous drug operations in Cebu City disclose that they communicate with someone from inside the facility regarding their illegal items.

Abueva admitted that one of the challenges they face against the entry of contrabands into the facility is the use of drones.

He added that they have already recorded incidents wherein drones are used in previous months. However, he could not tell for now how many times this was done.

Abueva said that they already brought up this concern to the local government and that they are hoping that anytime soon, the entire area of the Cebu City Jail would be declared a no-flying zone so that drones cannot be used. They are hopeful that this would become an ordinance soon.

In Photos: Scenes from greyhound operation at Cebu City Jail

Your subscription could not be saved. Please try again.
Your subscription has been successful.
Read Next
Cebuano William John Riley Go is first Filipino to secure podium finish in WSK Euro Series