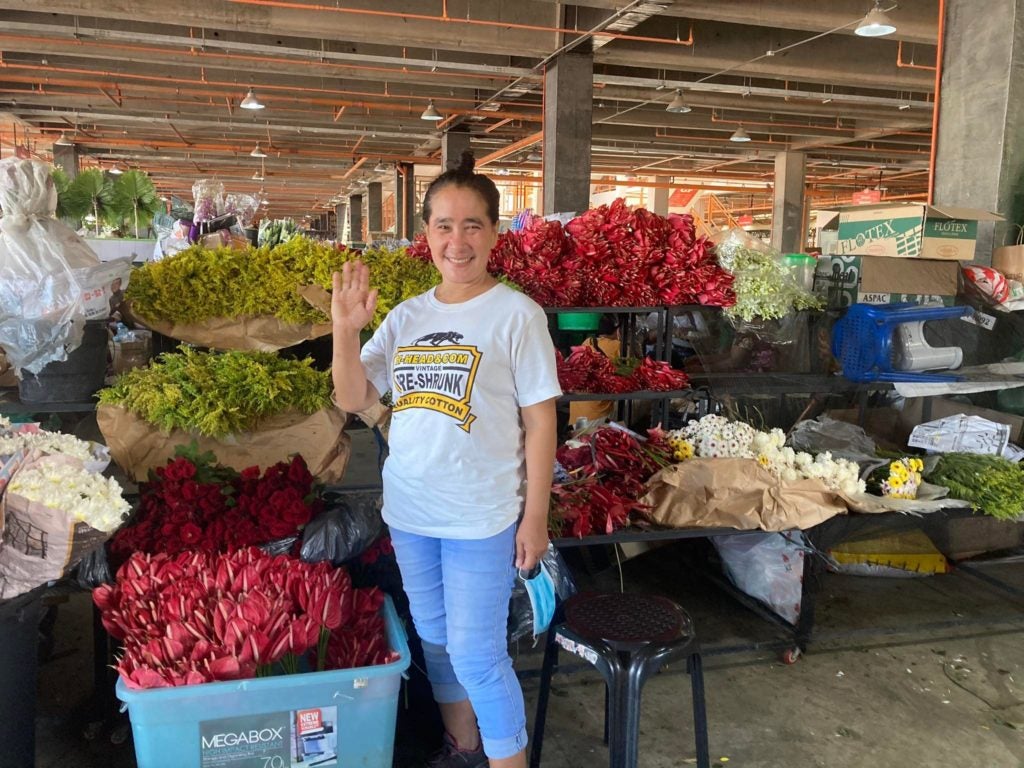 Susan Escarlan, 55, continues to do business at Carbon Public Market, but this time, she sells flowers instead of her signature affordable food./Photo by Wenilyn B. Sabalo

CEBU CITY, Philippines –Anyone who frequented the Carbon canteen before the COVID-19 pandemic surely knows Susan Escarlan and her small eatery which serves as a respite for college students who were on a tight budget.

After 26 years of running a small eatery at Freedom Park in Carbon Public Market in Cebu City, Susan Escarlan, or “ate Susan” to her suki, now ventures into selling flowers at the interim market of Carbon.

But such a business shift was not something she planned on.

Susan, 55, had lost most of her regular customers, including market workers and students of a university along Magallanes Street, due to the COVID-19 pandemic-induced restrictions and changes in 2020. 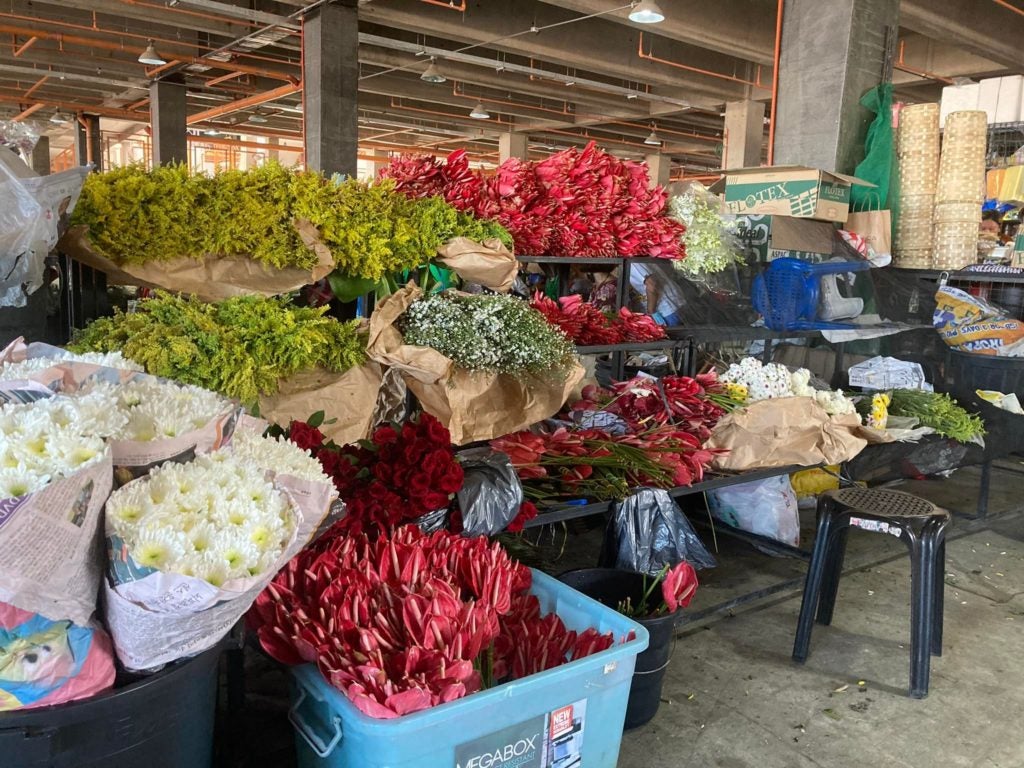 But before everything changed, ate Susan’s budget-friendly meals used to provide a break for students from the expensive fast food served in nearby restaurants.

Ate Susan became known to students because she adjusts the size of her food portions based on her customers’ budgets to make sure that nobody leaves her establishment famished and unable to eat. Her signature dishes include hot soup, spicy sisig, and various fried viands.

The Right Price for an Empty Stomach

Susan was among the Freedom Park vendors who were recently relocated to Unit II of the Carbon Public Market which serves as the interim market for displaced vendors.

Susan has been selling flowers for a year now, after a year of staying at home. If before, she wakes up as early as 3 a.m to prepare and cook her recipes, Susan now opens her flower stall at 6 a.m.

She, however, admitted that she is not earning as much now as she did before with her eatery.  If before, she used to earn a net income of P5,000 daily, Susan said she’s now only earning enough for her family’s daily expenses and for her stall’s upkeep.

With the modernization and developments currently in the market, Susan said she has no choice but to cooperate, especially since finding a new location these days is also not that financially advantageous.

Before she turns into a senior citizen, Susan said she initially intends to stay in business in Carbon for the next five years.