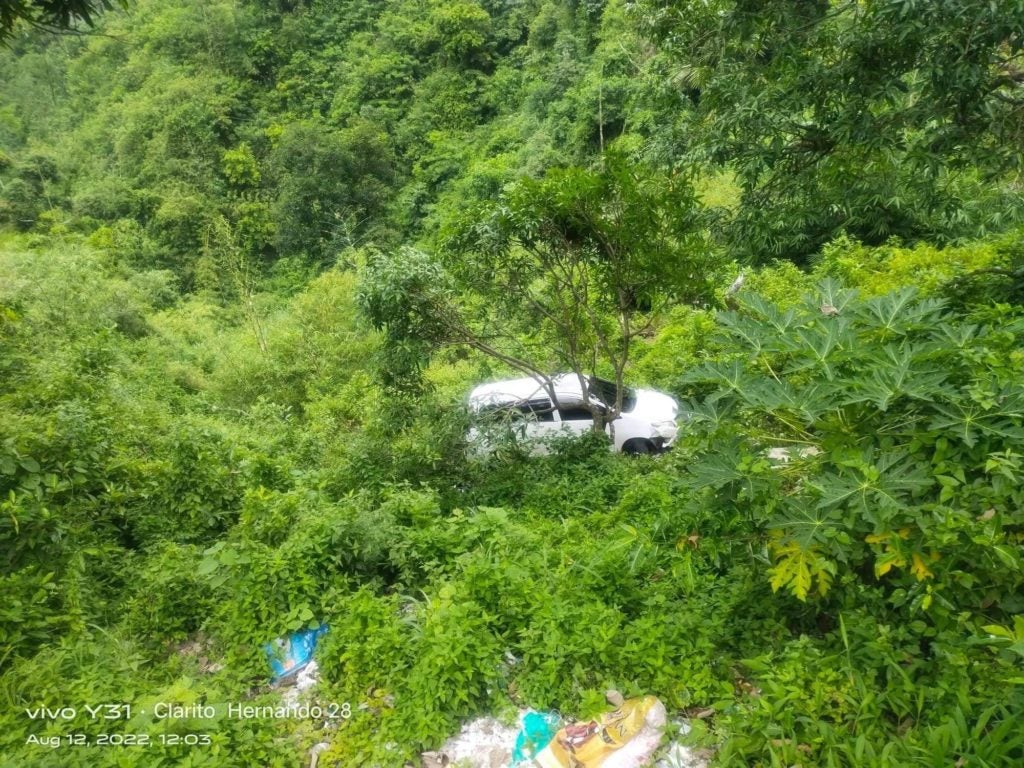 A government-issued vehicle, with two cops and a PUPC onboard, fell into a ravine while traversing Purok Bamboo, Barangay Manipis, Talisay City on Friday, August 12, 2022. |Photo courtesy of CT TODA

CEBU CITY, Philippines — Two policemen and a Person Under Police Custody (PUPC) suffered injuries and bruises after the vehicle they were riding fell into a ravine while traversing Purok Bamboo,  Barangay Manipis in Talisay City on Friday, August 12, 2022.

The three were on their way to a hearing in Toledo City from Cebu City when the incident happened around noon on Friday, August 12, 2022, said Jonathan Tumulak, chief of the City of Talisay Traffic Operations and Development Authority (CT-TODA).

All of them, however, were reported to be safe.

The PUPC was identified as John Lorrie Caserial, 29, of Toledo City.

Tumulak said that the accident happened past 11 a.m. but they received the report at 12 noon already.

The ravine is approximately 100 feet deep but their vehicle only fell for only about 20 feet.

Tumulak said that when the ambulance arrived in the area, the three were already on the road and attended to by barangay tanods and some residents in the area.

The three are currently recuperating in a hospital in Talisay City.