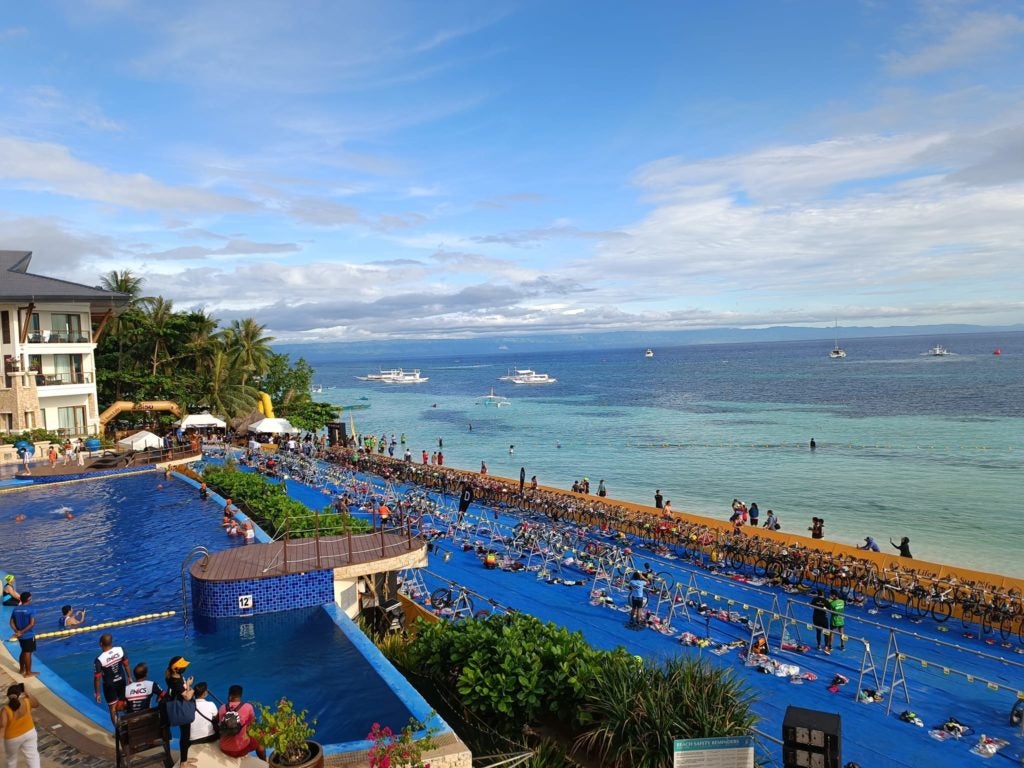 The venue of the Sunlife 5150 race in Panglao, Bohol last July 10. | Photo by Glendale Rosal

This time it will invade Tagum City in Davao del Norte for the Penong’s 5150 Triathlon & Go For Gold Sprint on September 4, 2022.

Like all Ironman and 5150 races in the Philippines, this one also suffered a huge setback when the COVID-19 pandemic struck in 2020.

Nonetheless, the event is finally pushing through on September 4, featuring more or less a thousand triathletes, mostly Filipinos.

The race is organized by Sunrise Events Inc (SEI) which also hosted the highly-successful August 7 Ironman 70.3 event that drew 1,928 triathletes from 46 countries.

This time it’s Tagum City’s turn to host a major triathlon race featuring an Olympic distance in the 5150 category and a sprint distance in the Go For Gold Sprint event.

Tagum’s 5150 race serves as the second of three races of its kind that SEI scheduled in the country this year.

Read Next
Acer Day 2022 The Green Mark Concert is a huge success!