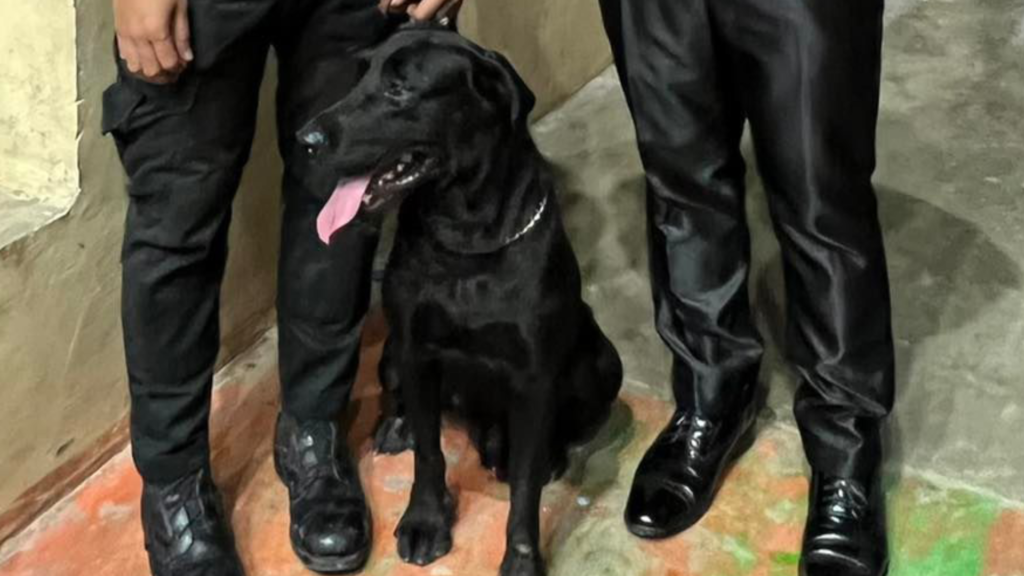 LOOK: The local government of Minglanilla has a new member of its peace and order team, a canine named Charlie. Charlie is employed as an Explosive Detection Dog. | Photo from Atty. Rajiv Enad FB

CEBU CITY, Philippines – The local government of Minglanilla has welcomed a new member of its peace and order team.

His name is Charlie, and he is employed in the municipality as its Explosive Detection Dog.

Enad said he “personally acquired” Charlie and “voluntarily” offered his services to the local government. The canine worker was also turned over to his handler named Levi.

“He will be handled by his Handler Levi and together this Duo will try their best to keep you safe, especially during our Fiesta Activities! Dont forget to say Hi to Charlie when you meet him,” Enad said.

“Proud to be the First LGU (local government unit) in Cebu Province to have its own K9 EDD!” he added.

Minglanilla celebrates the Feast of the Immaculate Heart of Mary every August 22. It is a first-class municipality that formed part of Cebu province and is located approximately 15 kilometers southeast of the capital Cebu City.