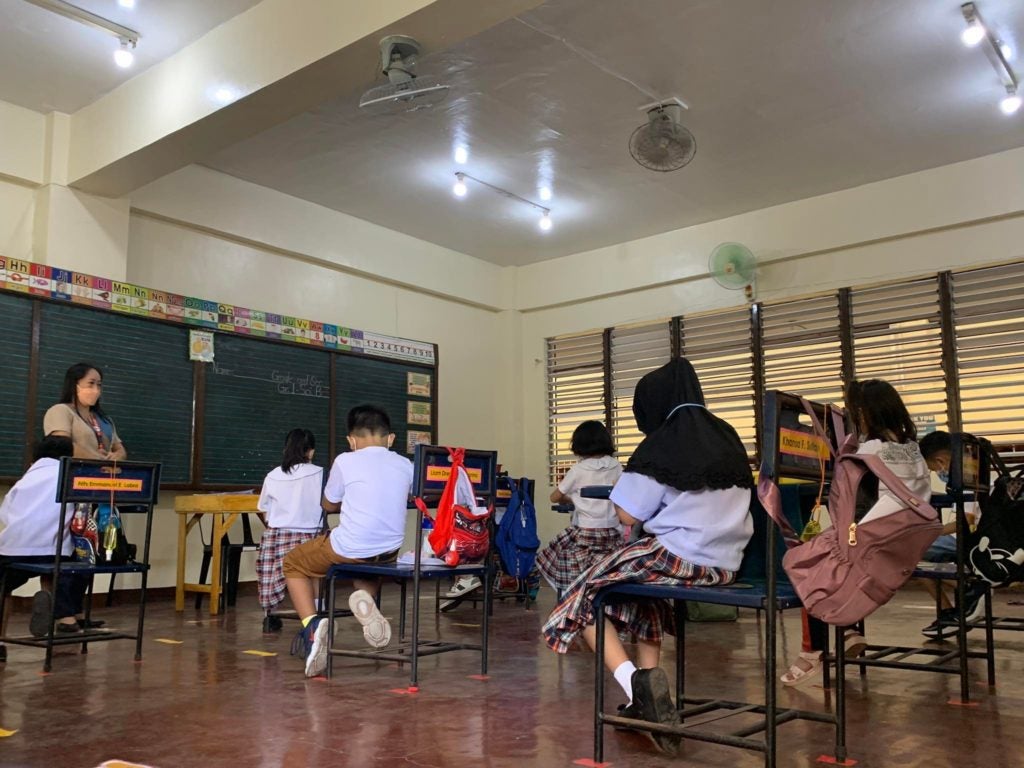 CEBU CITY, Philippines — The Department of Education (DepEd)-Cebu City has a pending request to its regional office to allow schools in the City to implement a blended learning modality beyond August 31, 2022.

Bernadette Susvilla, the assistant division superintendent at DepEd Cebu City, said that though schools in Cebu City are already prepared for the implementation of the limited face-to-face classes on Monday, August 22, 2022, having a full face-to-face setup would still be hard for them as repair works for some schools damaged by Typhoon Odette are still ongoing.

Susvilla, however, said that the 746 classrooms are the priority classrooms for the Brigada Eskwela projects. Some schools have already secured private sponsors for repairs aside from the assistance of the City government.

In the meantime, schools in Cebu City will still implement shifting in scheduled time and days for face-to-face classes

Moreover, she said that as of Wednesday, August 17, 2022, enrolment in public schools in the City has already reached 100 percent, or a total of 188,191 enrollees. She said they also expect this to increase with the enrolment of transferee students from private schools.

“Ang atong finding, excited ang mga bata nga mo go back sa face-to-face, then oriented na sad ang parents as to how we will modify the class organization and the schedule of classes,” she added.   /rcg

Read Next
P100,000 worth of shabu seized from 2 suspects in Lapu-Lapu