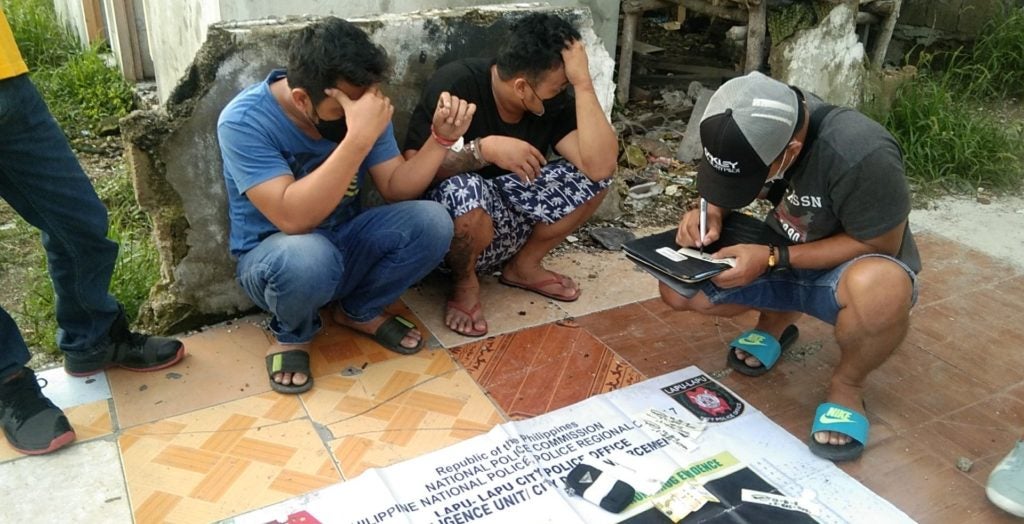 CEBU CITY, Philippines — Two former detainees may face another jail time after they were arrested in a buy-bust operation in Lapu-Lapu City on Thursday, August 18, 2022.

Police from Lapu-Lapu City confirmed that they arrested two men in a drug bust at 5:20 p.m. in Sangi, Brgy. Pajo on Thursday.

The suspects were identified as Jovel Estardo Hera, 24; and Mc Quian Igot Rollon, 38. Both are residents of Purok Balanghoy, Brgy Gun-ob, also in Lapu-Lapu City.

Also recovered as evidence were one pouch and a 500 peso bill as buy-bust money.

Hera, according to police reports, was previously arrested for violating the Comprehensive Dangerous Drugs Act of 2002 (Republic Act No. 9165). He was released after availing of Plea Bargaining.

Rollon, on the other hand, got arrested after he was caught playing tong-its, an illegal numbers game. He managed to post bail.

The drug bust on Thursday was carried out by anti-narcotic enforcers from Lapu-Lapu City and agents from the Philippine Drug Enforcement Agency in Central Visayas (PDEA-7).